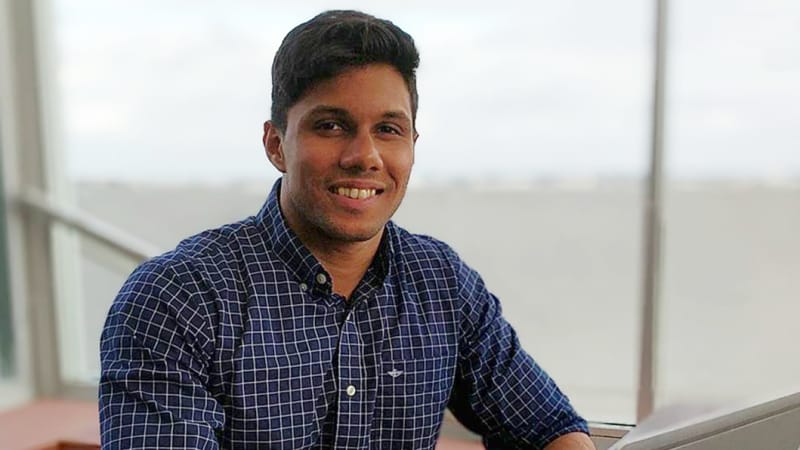 The Australian law enforcement authorities said he was in Sydney on a student visa, and was arrested after finding “symbolic locations within Sydney” listed as possible targets in his notebook

The University of New South Wales contractor appeared in Waverley Local Court today where he was refused bail, with the matter adjourned to October 24.

Nizamdeen is in Australia on a student visa, and police will allege they found documents containing plans to facilitate terrorism attacks on the university campus.

Police searched a unit on Defries Avenue in Zetland about 2:00am today, where they seized several electronic items. They are currently searching his workplace.

“It is quite a significant document which requires further analysis,” he said.

Police allege Nizamdeen was acting on his own, and despite telling a media conference he appeared to be an Islamic State affiliate, they have not charged him with being a member of a terrorist organisation.

Nizamdeen was working is a business systems analyst in UNSW’s IT department, including working on a project to help students better understand cyber security.

“At this stage, there [are] no concerns for public safety,” he said.

The JCTT comprises officers from the AFP, NSW Police, the Australian Security Intelligence Organisation, and the NSW Crime Commission.

Police said Nizamdeen’s visa was to expire in September, and that he was in the process of applying for another one.

A new Constitution is a fundamental necessity. The Sinhala majority should accept it – M. A. Sumanthiran
Protest demanding the justice to the woman killed in Killinochchi has been staged in Mullaitivu -Reporter for Global Tamil News-
Comment