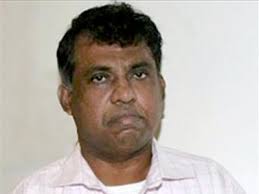 The President had assured Sivajilingam that once the Attorney General and the Justice Minister, who are current;y overseas, return to the island next week, he will discuss the issue with them.

President Maithripala Sirisena had last weekend confronted protesters in Jaffna who were demanding that Tamil political prisoners be released.

The protesters staged a black flag protest along the street used by the President’s convoy during his visit to Jaffna.

Tamil National Alliance members M. K. Sivajilingam and Suresh Premachandran were among those who took part in the protest.

President Maithripala Sirisena got down from his vehicle and attempted to calm the protesters.

However Sivajilingam and Premachandran slammed the President over his failure to release the Tamil political prisoners.

Sivajilingam told the President that he has the authority to take action and secure the release of the prisoners.

As the situation got tensed the President left and the Police placed a barricade preventing the protesters from getting close to the President.

Asgiriya and Malwatte “Karaka Maha Sangha Sabha” opposition may result in constitution making process grinding to a halt
Defeated Rajapaksas being given new lease of life by Sirisena, Wickremesighe and Govt Ministers
Comment