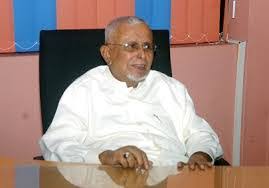 Former Minister and UPFA National List MP A.H.M. Azwer passed away at the age of 80 at a private hospital in Colombo today.

Mr. Azwer was a journalist and a teacher before pursuing a career in politics.