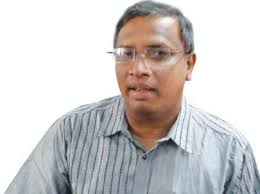 Speaking further, he said: In a country with a permanent majority it is important to share powers of governance in such a way that all peoples have equal citizenship rights.

Sri Lanka’s Sinhala majority must itself acknowledge injustice of simple majoritarian rule & clamour for reform & justice for other peoples.

There has been a series of meetings in the south on constitutional reforms.

This was the seventh meeting.