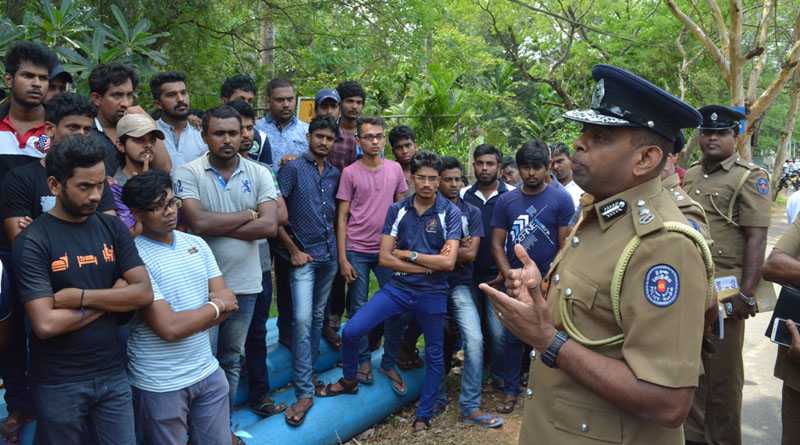 Tensed situation arisen because of the attempts of Sinhalese students to erect Buddha statue at the premises of Vavuniya Campus has been brought to normalcy following the negotiations.

This tensed situation arisen because of the Buddha Statue issue has been brought to normalcy following the negotiations of student representatives of the University of Jaffna, Vavuniya Poliec and Sinhalese students.

Meanwhile, Vavuniya Police had negotiations with the University Administration. Police Inspector assured that he would control the Buddha Statue issue. In addition, representatives of the Jaffna University Students’ Union went to the scene and had peaceful talks with the Sinhalese students. Subsequently, Sinhalese students have given up their opposition.

In addition, the nest on which the Buddha statue was planned to be erected has been taken away by the Police.

Thus, the tensed situation has been brought to normalcy.