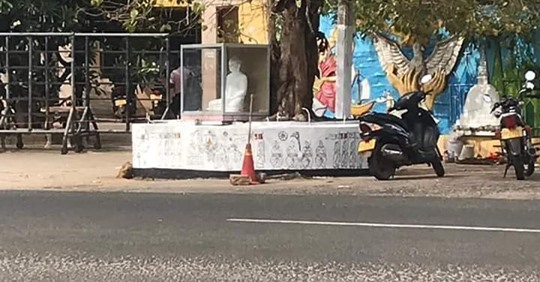 Meanwhile, the people brought from Anuradhapura staged a protest at the premises of Semmalai Neeraviyadi Pillaiyar temple day before yesterday as in a way of damaging the social harmony following the attempt of illegally constructing the Buddhist temple.

In the meantime, it should be noted that the parliamentarian Ven. Athuraliye Rathana Thero stated the Buddha statue erected without the consent of the people at the places where Hindu temples are located in the north and east would be removed.