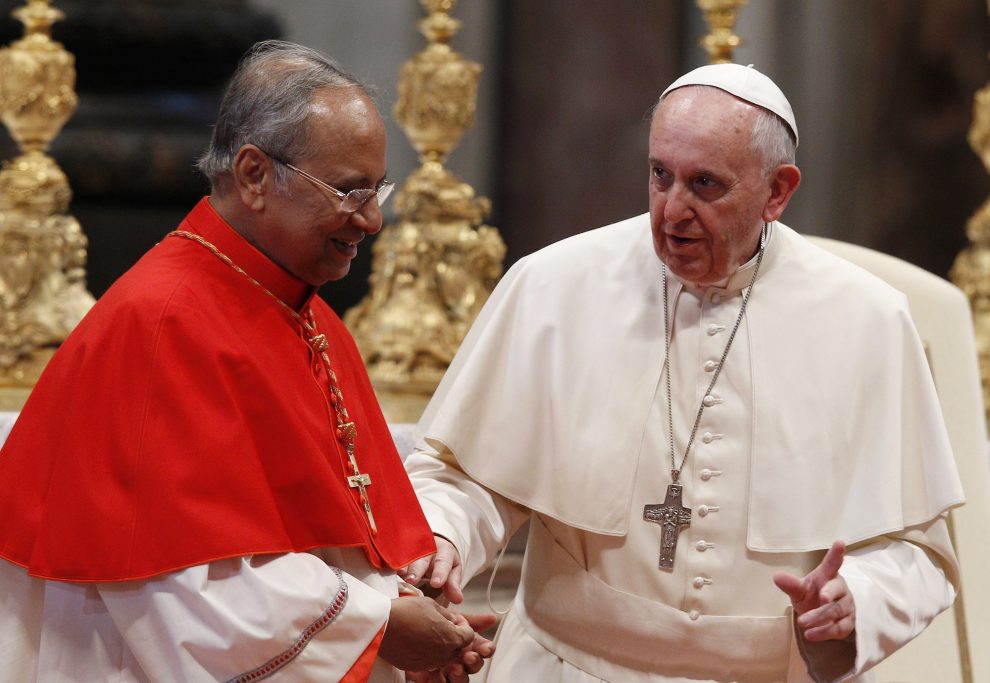 Archbishop, Cardinal Malcolm Ranjith has come under fire for the stand he has taken on human rights.

Finance Minister Mangala Samaraweera said that the need for human rights was an outcome of the marauding religious zealots of the inquisition and the crusades, where non believers were massacred “En-Bloc”.

“Pity, the Cardinal always seems to get things wrong in trying to be a populist,” he said on his twitter account.

The chairman of the Office of Missing Persons, Saliya Pieris, in a post on his Facebook account, commenting as a Catholic and a lawyer said that if the reports quoting the Archbishop are accurate, it is a shame.

“He seems to be absolutely ignorant of the concepts of human rights. He also fails to understand that there are many people who dont believe in religion and that religion cannot be forced on people. What a contrast to the progressive thinking of Pope Francis. If it is inaccurate he must deny this,” Saliya Pieris said on his Facebook.

Speaking at St. Matthew’s Roman Catholic Church in Ekala, the Archbishop said that human rights has now become a religion for some western countries.

“They keep it on their heads and keep preaching to us saying human rights, human rights. Like it is something new,” he said.

The Archbishop said that those who speak about human rights are those who have no religion.

He also said that if one follows a religion then there is no need for human rights.

Saliya Pieris says it is possible to respect human rights without following a religion.