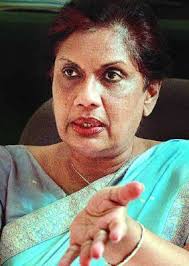 There is also talk of the Philippines trying to withdraw from the ICC, which will be yet another major setback to the Court. Commenting on its future, Hans Bevers from the Office of the Prosecutor, ICC said the Office of the Prosecutor is highly scrutinised and the ICC was ready to work with national and international bodies. Representative of the African Union, Adewale E Iyanda who also participated in an event ‘The Future of the ICC- Facing Challenges and Strengthening its Legitimacy’ said that “Relations between the African Union and the ICC are at a critical juncture. The only solution is dialogue and engagement. Africa has high expectations from the International Criminal Court”.

Justice Amady Ba, from Senegal, Head of International Cooperation at the Office of the Prosecutor, said it is highly questionable as to why crimes committed in Afghanistan and Iraq are not being investigated and why it is taking time. He also pointed out that justice in Africa is very difficult at a political level. I couldn’t agree more since it is the case in Sri Lanka, with political interference by successive governments.

The Rome Statute of 1998, which established the ICC, is the result of multiple attempts for the creation of a supranational and international tribunal. At the end of 19th century, the international community took the first steps towards the institution of permanent courts with supranational jurisdiction. UN General Assembly Resolution number 260 of 9th December 1948, the Convention on the Prevention and Punishment of the Crime of Genocide

Although Prime Minister Ranil Wickremesinghe boasts that it was his government that decided not to sign the Rome Statute, he conveniently forgets that it is President Chandrika Bandaranaike Kumaratunga who deserves the credit for the decision not to sign the treaty, when it was adopted in 1998, on the advice of her Foreign Minister, Lakshman Kadirgamar at that time. Foreign Ministry sources reveal that Sri Lanka decided not to sign the Rome treaty at the time because it was not in Sri Lanka’s national interest to do so.

I had an opportunity, or more accurately, a wasted opportunity, to listen to David Donat Cattin, Secretary-General of Parliamentarians for Global Action (PGA), and a self-proclaimed non-profit, non-partisan international network of over 1,000 legislators from approximately 140 elected parliaments. However, I did not find Cattin to be non-partisan; rather he was totally biased, since he spread disinformation on Sri Lanka, about the last stages of the conflict where people crossed over to the government controlled areas to escape the wrath of the LTTE. He said it was not General Fonseka, but others who gave orders to shoot civilians. As a Sri Lankan, I told him how biased and misinformed he was and that he was clearly ignorant of the factual situation regarding the conflict in Sri Lanka, and told him that I wasn’t surprised why countries are leaving the ICC with people like him spreading misinformation on countries such as Sri Lanka. I told Cattin it is important to have a clear picture of any country before speaking. I asked him why not punish Tony Blair for war crimes against Iraq since the Chilcot Report is out now. He struggled and couldn’t come up with a coherent answer. He said it was not a war crime, but a crime of aggression. I couldn’t agree more with what a South African journalist, Jenna Verster told me “Who gets to define what war is?”

Will ICC initiate inquires against US and UK?

The ICC cannot initiate an inquiry against a non-member state, unless the United Nations Security Council adopts a Resolution to refer the country to the ICC. Among the permanent members of the Security Council, only Britain and France have signed up to the Rome Treaty and are members of the ICC. On 6 May 2002, in an act which shocked governments around the world, the United States formally renounced its signature of the Rome Statute of the ICC, authorized on 31 December 2000 under former President Bill Clinton. China, like Sri Lanka, India and many Asian countries did not sign the Treaty. More recently, on 16 November, 2016, Russian President Vladimir Putin issued a decree of Russia’s intent to withdraw its signature from the Treaty.

It is quite hilarious that the United States has its own Ambassador -at -Large for War Crimes issues. Stephen J. Rapp, who held that position, was in Sri Lanka early this year to discuss issues pertaining to Sri Lanka. Rapp who was appointed to that position by US President Obama has retired since then. He is now a distinguished fellow at the Hague Institute for Global Justice. Journalists in The Hague say the United States consider the ICC as a threat. It is already said that prosecutors are looking at war crimes committed by the US troops in Afghanistan. They say though the United States is not a member of the ICC, the crimes have been committed in a member state (Afghanistan) against its citizens. It is said that British forces in Iraq could be investigated because Britain is a member of the ICC. I heard someone ask in The Hague “Just because they won the Second World War in 1945 how could they be permanent members of the UN Security Council?” He sure was referring to the double standards of the United Nations where ‘might is right’.

Why have these massive buildings to house the ICC in the International City of Peace and Justice – The Hague? The heavy expenditure incurred on the maintenance and payment of exorbitant salaries to officials, diplomats and judges and other staff can surely be diverted to compensating victims of war crimes and crimes of aggression and providing them support to rebuild their lives. Even a former United Nations Secretary General, Kofi Annan said the invasion of Iraq by US and British troops was illegal under International Law. Do powerful countries always look at what is legal and illegal when it suits their interests? If former British Prime Minister, Tony Blair, is hauled up before the ICC to answer for war crimes in Iraq, faith may be restored somewhat in the ICC. Even countries that have not signed the treaty might decide to do so, for the sake of real justice. It is that faith, the ICC needs to restore urgently.