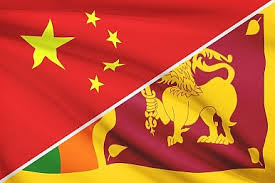 China has warned Sri Lanka over attempts to sour the relationship between both countries.

The Chinese Ambassador to Sri Lanka, Cheng Xueyuan said that there are baseless claims being made that the Hambantota Port might be used for military purposes.

“China and Sri Lanka should keep vigilant against such kind of rumors, and strengthen communication and coordination so as to prevent the China-Sri Lankan relations and cooperation from being disturbed or damaged,” the Chinese Embassy in Colombo quoted the Ambassador as saying.

The Chinese Ambassador had expressed this view at separate meetings he had with Prime Minister Ranil Wickremesinghe and Navy Commander, Vice Admiral Sirimevan Ranasinghe.

During his meeting with the Prime Minister, Ambassador Cheng said that China attaches great importance to the relations with Sri Lanka, and wishes to implement the important consensus reached by the leaders of the two countries to actively push forward the practical cooperation under the framework of the Belt and Road Initiative (BRI).

The Chinese Embassy quoted Wickremesinghe as saying that the Sri Lankan Navy is the sole military force responsible for the security of the Hambantota Port and that there was no concern over a possible Chinese militarization of the port.

The Navy Commander, meanwhile, reiterated that from the first day the operation of the Hambantota Port was handed over to the China-Sri Lanka joint venture, the sole commercial use of the port has been clearly defined through legal forms.

He said that recently, a warship of Japan Maritime Self-Defense Force smoothly berthed for supplies at the Hambantota Port, reflecting the openness and commercial nature of the port.

The Chinese Embassy said that some foreign media irresponsibly hyped the question of militarization of the Hambantota Port out of their own hidden agenda.

The Embassy said that time will eventually prove that the Hambantota Port is destined to embrace a prosperous and bright future in business.