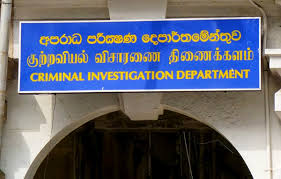 The Criminal Investigation Department (CID) has launched a special investigation into allegations that several Special Task Force (STF) officers were closely associating with narcotics officers arrested in connection with the sale of heroin to drug traffickers, informed sources said.

It is also learnt that these STF officers were involved in frequent raids along with the suspects in the Narcotics Bureau without the approval of their respective senior officers although they had been deployed in various parts of the country.

The boat’s skipper is currently being held by the CID on a detention order and is being questioned. It is said that the narcotics officers have paid him Rs. 10 million for transporting the contraband.

In another revelation, the boat’s skipper had told the CID that the recovery of 294 kilogrammes of heroin at a car park of a supermarket in Kollupitiya in February, 2019 was also a planned raid carried out by the Police Narcotic Bureau officers.

In that incident too, the stock of heroin had been brought to Balapitiya by trawlers by the same skipper and later this stock was transported to a tourist hotel in the Balapitiya area.

Accordingly, the then President Maithripala Sirisena, had gone to the Narcotics Bureau to check the stock of heroin so detected.

According to police sources, it has been revealed that the suspects, including narcotics officers, had given tens of millions of rupees to informants, boat owners and boatmen.