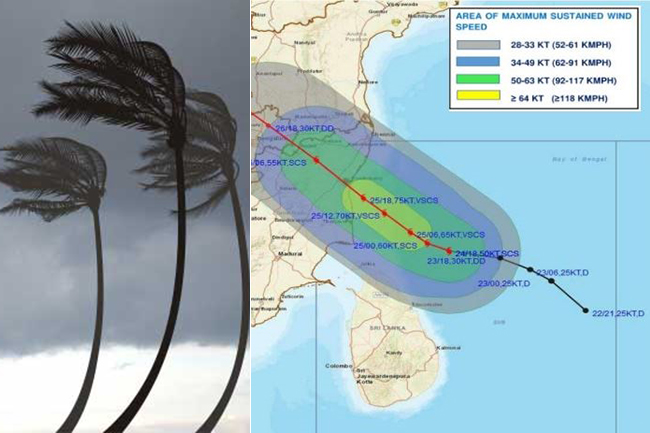 The Severe Cyclonic Storm ‘Nivar’ over southwest Bay of Bengal was located near (10.2N, 82.0E) at 2.30 am today (25), 220km to the east of Kankesanturai coast, says the Department of Meteorology.

It is very likely to intensify into a very severe cyclonic storm and expected to move closer to the Northern coast of Sri Lanka and cross Tamil-Nadu coast, India during next 24hours.

Under the influence of the aforementioned system, the possibility for intermittent showers or thundershowers and sudden roughness, associated with a sudden increase of wind speed up to (80-100) kmph is high over Eastern and Northern, deep and shallow sea areas during next 24 hours.

Wind speed can increase up to (50-60) kmph at times over sea area extending from Puttalam to Matara via Colombo.

There is a possibility that nearshore sea areas off the coast extending from Mannar to Batticaloa via Kankesanturai and Trincomalee may experience surges due to the effect of swell waves, having (2.0-3.0) m height during next few days.

Naval and fishing communities are warned not to venture to the sea areas off the coast extending from Puttalam to Batticaloa via Mannar, Kankesanturai and Trincomalee.

Those who are out at aforementioned sea regions are advised to return to coasts or moved safer areas immediately.

Naval and fishing communities are urged to be vigilant during the activities in the sea areas extending from Puttalam to Matara via Colombo and further requested to be attentive about future advisories issued by the Department of Meteorology in this regard.

Rainfall above 75mm is expected in several parts of the Northern Province, particularly in Jaffna peninsula, and in North-western and North-central provinces as well.

People living in Eastern, Northern and North-Central provinces are requested to be vigilant of the adverse weather conditions. 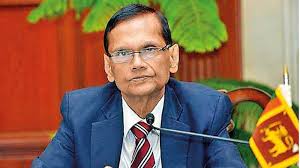 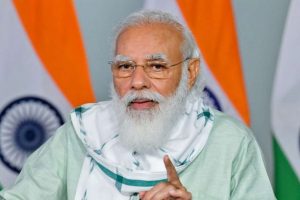