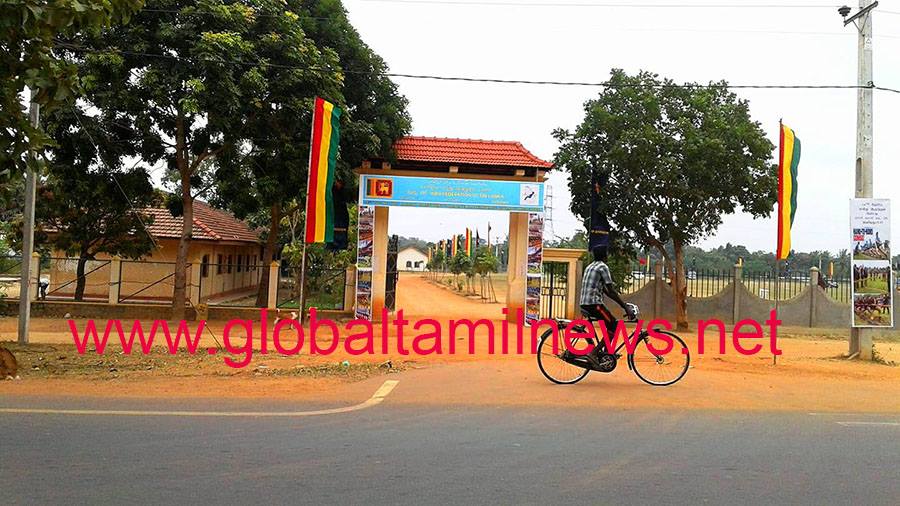 Students and their parents and old students of Killinochchi Central College have raised a question whether the occupying Sri Lankan military has taken hold of the playground of the school as their own.

Sri Lankan military soldiers have been conducting their events during the season of District level Athletic Meet as in the manner of disturbing the sports practice, according to the students.

The question has been raised whether the Sri Lankan military has been occupying the playground of the Killinochchi Central Coillege though nine years have almost passed since the war came to an end. 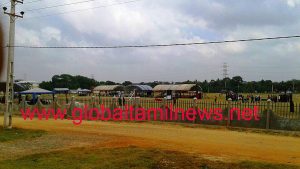 Sri Lankan military soldiers built the boundary wall and entrance arch for the school with the intention of occupying the playground of the Killinochchi Central College. Consequently, the school faces the danger of being occupied by the Sri Lankan military throughout the history in future.

Demanding the justice for those who were disappeared, people have been protesting days and noghts for almost a year at the premises of Killinochchi Kandaswamy temple, which is situated almost one kilometer from this school. In the meantime, national Rope Pulling sports event of the military is being held in this playground today. 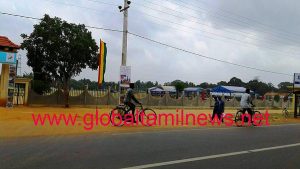 One of the teachers of this school, who wish to be unnamed, told the Global Tamil News that students and teachers are frustrated about it as a very few persons in the School Administration decide the matter related to it.

Meanwhile, one of the old students of this school stated that this  sort of action  which adds bad name to the history of the school must be stopped immediately. 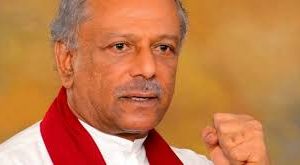 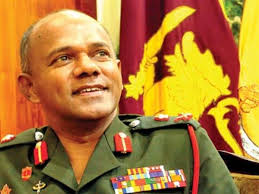 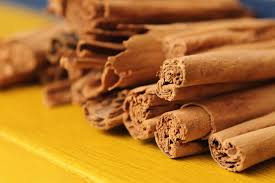 The protest of the deceived people of Iranaitivu has reached its 300th day -Reporter for Global Tamil News-
Annual feast of St. Anthony’s held on Katchathivu
Comment