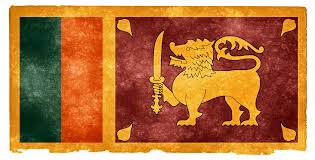 The proposed constitution has provoked much debate, but mainly within the framework of traditional thinking with emphasis on a few issues like “Unitary and Devolved power, the place of Buddhism, or the executive presidency. In my view, these ignore the most urgent issues that Sri Lanka will face in the next decade, due to climate change as well as the on-going technological tsunami. I discussed how we may harness the digital revolution to our advantage in a previous article (Island, September 2017) entitled “Unit of Devolution – look in cyberspace”. Someone will ask, what has climate change got to do with the Constitution? Here I try to show that it has everything to do with the Constitution, and that it can even be used to strengthen the unitary character of the country that even those who want “maximum devolution” claim to support.

Just after the defeat of the LTTE, in 2009, I presented a talk to a gathering of officials at the Presidential Secretariat, entitled “Four Challenges to Sri Lanka and their Technological Solutions”. One of the challenges was the looming danger of global warming and the rising sea level. The attached map (shown then) roughly indicates how much of the island will go under salt water if nothing is done. It is painfully similar to the map of Sri Lanka under the Tsunami.

My suggestion was the building of a raised wall (bund or dyke) along the marine periphery of the Island, which will also have a highway for electric vehicles, communications, security and heliports integrated into it.

The region that is likely to go under water (at least its maritime strip) should be declared a 10th province and held under the central government because of its encompassing nature, affecting the whole island.

The newly launched port city, the capital city and many other maritime cities and ports will automatically fall under the purview of the 10th Province. It becomes a special province, managed directly by the central government as a special entity. It has to deal with climate change, the unstoppable rise of the sea level, tsunamis and floods, refugees, smuggling and naval operations; all seamlessly falling within the powers of the central government. Furthermore, it will effectively create a geographic “ceinture” ensuring the unitarity of the country at a level unreachable by constitutional tinkering. It will be strong enough to shoulder any province economically.

Someone will say, what about the cost? It is only a “bund” which is some 900 miles long. If this is not done, the so called “traditional homelands” of the Eelamists, all the lives and money spent over three decades to liberate it, as well as other maritime parts of the country will be lost forever. If we delay this, the costs will mount fast, especially as other countries also face the same problems. There is no choice but to deal with the rising sea level. Doing so will create jobs, stimulate economic activity and innovation. The modern Sri Lankans can be proud of an achievement paralleling the genius of their ancient hydraulic civilization.

The needed money can be raised by abandoning stupid projects that are destined to create more urban concrete, asphalt, and polluted spaces. The megalopolis project, already technologically obsolete even before it has begun, should be replaced by a modern eco-friendly re-planning of the whole country.

Given that our fertility rates are down to 2.2 per couple, we are nearly at a stabilized demographic. Let the people stay in their villages, instead of packing them into a megalopolis. Commuting to office is unnecessary as most work can be done online. Video-conferencing and social media usage from playing bridge to courting and flirting are now routine. All that can be made personalized and less “robot-like” since holographic reality is almost at the market place. A developing country has an advantage over already developed countries, as it can leap-frog over several stages, just as Sri Lanka moved to cell-phones, while skipping the laying of land lines.

Commuting to work causes enormous traffic jams, pollution and stress. Costs of maintaining multi-lane highways, office buildings and services are staggering. Cost of having office space in Colombo estimates to over Rs. 20,000 per year per employee! It will cost more, with global warming. The cost of bringing them to office is 70% of the cost of the imports of the petroleum corporation. Health costs due to stress, causing diabetes and hypertension, congestion and crime in cities, etc., are incalculable. The petroleum and diesel fumes, particulate dust and other class-I toxins are more deadly than anything in the list of things to be banned in Ven. Ratana’s so-called “toxin-free nation”.

The planned coal-fired power stations, needed to keep the megalopolis running, and the mounds of garbage that it will generate, add to this megalopolis-pollution that will asphyxiate the whole nation and its ecosystem.

So we abandon the megalopolis and re-structure work, commuting etc., to save money and build the 10th Province that will girdle round the island and protect it from the sea. Of course, this cannot be done overnight – it will take a decade or more. But the moment it is written into the Constitution, defining the scope and nature of the 10th Province, it will at least have a start. All the traditional provinces will loosen a bit of their maritime areas in forming the 10th Province. As the ring road (“Un boulevard peripherique” as Colbert could have told Louis XIV) built on the bund running round the island, with communication towers, heliports for the landing and taking off of drones to deliver goods, etc., are an integral part of the 10th Province, we can expect ready movement of people and cultural integration within it, linking closely with the Port city being built by the Chinese.

Of course, while we are barely thinking of all this, Singapore and even Maldives have already got planners working on such protective structures that will ring their lands and keep the sea away. They are already thinking of heliports for the delivery of goods by drones, so that they don’t need big highways for container trucks serving large warehouse supermarkets. All this can be true in Sri Lanka only if it can at least dare to have the vision and include some of it in its constitution.

I mentioned that the 10th Province will also ensure the unitary integrity of the land by its geographic encirclement of the whole country and administered by the central government. We can also take a cue from Singapore, which has ensured ethnic harmony by requiring that no local region will have a preponderantly mono-ethnic or mono-cultural character. Here we can follow the cry of a dissident Tamil writer speaking for the “depressed” citizens of the North. Sebastian Rasalingama was a frequent voice about a decade ago. His essay, on the need to “Sinhalise the North and Tamilise the South” (June 29, 2007 Sri Lanka Guardian http://www.srilankaguardian.org/2011/06/sinhalization-of-north-and-tamilzation.html), should be compulsory reading for those grappling with the constitution of Sri Lanka.