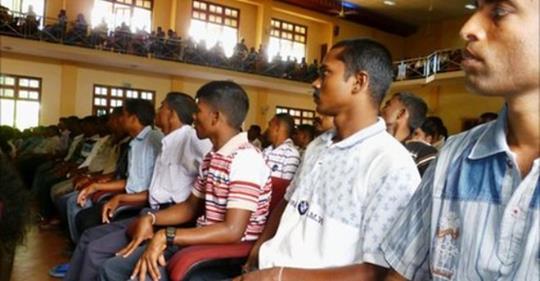 Ex- LTTE cadres were summoned by the Gajaba Regiment of Sri Lankan Army for an investigation.

Many innocent people were brutally killed in the bomb attack executed by the Islamist extremists on Easter Sunday. Following to that, Checkups and arrests are being carried out throughout the country.

Meanwhile, ex-cadres living in Jaffna were summoned to come to the military camp of Gajaba Regiment on 30th of April at 4 PM.

As the military already has the list of ex-cadres, they called the ex-cadres over the phone and asked them to come to their military camp the next day.

Then, the military once again called the ex-cadres and got to know the places where they have been living. Then the army visited either their homes or workplaces directly to summon them for investigations.

While the Emergency Regulations are in practice, calling the ex-cadres for investigations created a fearful situation.