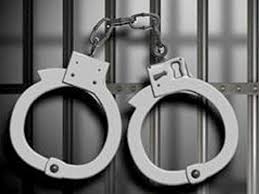 Another suspect has been arrested in connection with an alleged plot to assassinate Tamil National Alliance (TNA) Parliamentarian M. A. Sumanthiran, the Terrorist Investigation Division (TID) told a court in Kilinochchi yesterday.

Vijayan from Mannar is the fifth suspect to be arrested in the case. The interrogation of four ex-LTTE cadres arrested earlier this month in connection with the case and further inquiries had led to Vijayan’s arrest, Daily FT learns.

Yesterday, the TID informed the Kilinochchi magistrate court that the five were being held on drug charges and in connection with plotting to assassinate a politician. The TID filed three reports in court yesterday, including a request to have the suspects’ mobile telephones sent for decryption and analysis.

The four rehabilitated LTTE cadres – Gnanasekaralingam Rajmathan from Trincomalee, Louis Mariyampillai from Maruthankerny and Murugaiah Thavendran and Karalasingham Kulendran from Kilinochchi were arrested on 14 January. The TID had also discovered a claymore mine, detonators and large quantities of Kerala marijuana in the ex-cadres’ homes, the anti-terrorism police unit told Court on 20 January.

The claymore mine, an explosive often used to blast unarmed vehicles and convoys during the war, was recovered at the home of Rajmathan, Daily FT reliably learns.

In the Kilinochchi court yesterday lawyers appearing for the suspects tried to obtain a court order to have them moved to Jaffna. The suspects are currently remanded in Anuradhapura. Attorneys at Law Vijayarani and Thillainathan Arjunan appeared on behalf of the suspects.

All five suspects have been further remanded until 13 February. None of the suspects has been arrested under the Prevention of Terrorism Act (PTA).

Authorities uncovered a plot to assassinate the TNA Jaffna District MP when he was scheduled to be travelling in the north on 13 January. The attempt was thwarted when Sumanthiran cancelled his travel plans at the last minute. Following high level investigation briefings the Prime Minister’s office sent an emissary to brief Sumanthiran on the development, The Hindu newspaper reported last weekend.

In an extensive report, veteran columnist on Tamil affairs D. B. S. Jeyaraj reported that the plot had been hatched by LTTE operatives living overseas. The TID had uncovered the alleged assassination plot on a tip off, Jeyaraj said.