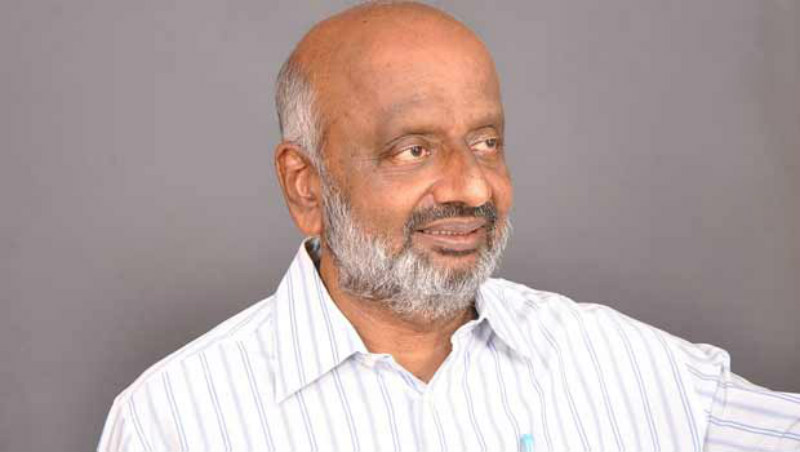 Leader of People’s Liberation Organization of Eelam (PLOTE) Dharmalingam Sithadthan said that at this juncture, there is a belief that Rajapaksa may do well at the upcoming elections. If that happens, then the whole process of finding a political solution for the national question will be disturbed or even shelved.

“Definitely no Sinhala leader will go against the will of the Sinhala people, in such a situation there will be no hope for the Tamils to go forward in the process of finding a political solution. We have seen such changes over the last 60 years. I think in the current context the government is reasonably unpopular,” he said.
Following are excerpts of the interview:

Two coalition parties, the TELO and EPRLF had disagreements within the TNA. The EPRLF recently left the coalition. Why did TNA face many internal problems a few months back?

A: This is mainly because of the attitude of ITAK who takes almost all the decisions. They do not really discuss or consult with the other constituents. This issue is faced by all three constituents, PLOTE, TELO and EPRLF. Recently even TELO threatened to walk out of TNA, purely on issues relating to the local government elections, especially regarding the allocations on the number of Pradeshiya Sabhas. Although they threatened, they did not leave the coalition.

EPRLF had complaints mainly relevant to the attitude of the ITAK with the other parties. They continued to complain that other parties were not consulted on any of the matters, but were just taking individual decisions. Whenever elections are over, any decisions relating to appointments to a bonus seat, national list or ministerial were decided alone by ITAK. They failed to get any of our views. Initially these issues were small matters, but later it accumulated into a bigger issue. Thus, Suresh walked out. However, if he contests as part of the TNA, in the current context, he will only manage to secure a few seats for his party. Yet if he contests alone, he can win that numbers of seats as EPRLF.

Currently I don’t understand why he aligned with TULF. He had joined with Anandasangaree and they have formed a new alliance. I’m unsure how far this will work. But as far as we are concerned, we are very firm that our party, PLOTE, will never breakaway from the TNA as far as the constitutional process are moving forward. We feel that we should not excuse from the government or southern political parties that TNA has split and thus a settlement cannot be reached.

We believe that we should travel with TNA until we find a solution to the national question.

So do you mean to say that PLOTE never had any disagreements within the coalition?

A: We do have. Not only with the Leader of TNA, even with the ITAK, we have many disagreements. We had issues on the allocations of the Pradeshiya Sabhas and the seats. However, we overcame all the issues and today we are contesting as TNA. We are not complaining about those issues. Our main aim is to win the local government elections with maybe 60 or 70 percent of the votes. We want the TNA to be strong and then we will continue to get recognition as the representative of the Tamil people.

Why do you have doubts about the newly formed TULF-EPRLF coalition? Some say it would be a turning point in Tamil politics. How do you assess it?

There were criticisms among EPRLF as well as TELO members that Leader Sampanthan and Sumanthiran are taking all the decisions in the coalition. Do you agree?

A: Certainly these complaints are still there, especially when there are appointments for bonus seats and even on constitutional matters. Leader Sampanthan at least explains the situations at the Parliamentary Group meeting, however members of other three parties like us feel that he only tells few of the developments and not the entire decisions or happenings.
Not only us, but all three parties were of the opinion that Sampanthan and Sumanthiran take decisions on many matters, this is true to a certain extent.

Is it true that ITAK grabbed members of other constituent parties as their party cadres?

A: Yes, that is happening. A Parliamentarian and two Provincial Councillors have recently joined the ITAK. This situation arose because we contest under the ITAK symbol. ITAK deals with the elections commissioner apart from giving nominations and selecting people. Therefore prospective candidates, even current Parliamentarians think that if they want to ensure their candidature, it is better to join the ITAK. Within the TNA they choose to join the ITAK as they are of the view that the party will provide them candidature in upcoming elections. They get more chances if they are part of ITAK.

However, this situation had brought in disappointments within other parties. PLOTE has still not faced any such problem. EPRLF in particular, lost three of their members.

What repercussions do you think the new electoral reforms will have, at the upcoming local government polls?

A: The electoral reforms are a mixed system of ward and proportional representation of 60:40 and is problematic, especially to political parties contesting as an alliance. In our coalition, TELO and ITAK as well as us will aim for the same vote. There will be problems in allocating the votes. This was the main issue that created recent chaos within the TNA coalition.
The last two or three days, just before nominations, thousands of people gathered at the ITAK head office in Jaffna. Before that, hundreds of them came to our party office asking for candidature.

This election has currently got undue importance. Every political party in the country is trying to establish their dominance. We are working to show our political power. This may create many contradictions and sometimes violence too. Many people wanted to contest.

There were arguments among ITAK members before nominations.

While the electoral reforms introduced female representation which is mandatory, female candidates had to face many challenges in obtaining candidature. What was the situation in the North?

A: Unlike the South, northern women’s participation in politics is very minimal. We had to go after them to collect female candidates and get them to sign nominations. Females did not face such challenges and it was not a big problem for them, only that we faced a big challenge in finding female candidates.

They are bound to follow a conservative tradition even if they are educated. The number of Tamil female parliamentarians has been always less.

But a large number of women are engaged in social and village level women association activities, especially after the war. Still they are reluctant to enter politics.

There are various opinions that there will be a need for an alternative Tamil leadership if TNA does not perform at their best. Some suggest Northern Chief Minister Wigneswaran as an alternative leader. What are your thoughts?

A: I don’t think so. He is a newcomer to politics and therefore he may think the party will have to always follow whatever it said. I don’t seriously think the TNA or especially ITAK can accept something that cannot be agreed to by the Tamil community. Sampanthan had said this in and out of Parliament that he will not accept it.

Why did you recently say there is no hope for a solution to Tamils?

A: Due to the local government elections where President Sirisena and Prime Minister Wickremesinghe are contesting separately, while former President Mahinda Rajapaksa is also contesting independently. At this juncture, there is a belief that Rajapaksa may do well in the elections. If that happens, then the whole process will be disturbed or even shelved.

This is my analysis of the upcoming local government elections. Definitely no Sinhala leader will go against the will of the Sinhala people, in such situation, there will be no hope for the Tamils to go forward in the process of finding a political solution. We have seen such changes in the last 60 years. I think in the current context the government is reasonably unpopular. Unless they are very popular among the people, it is very difficult for a government to go for radical changes. It cannot happen.

But still we will go along with the government and try our best to see that the current process of working for a political solution will proceed well.