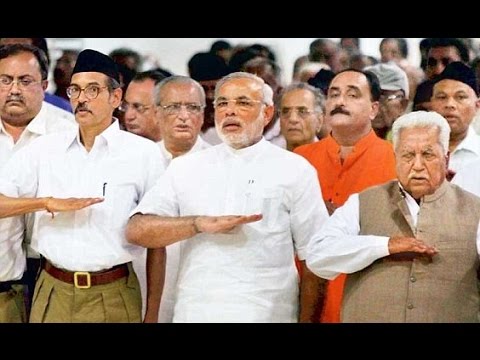 Rashtriya Swayamsevak Sangh’s (RSS) Sarkaryavah (general secretary) Suresh (Bhaiyaji) Joshi said the Hindus of Sri Lanka are not facing any persecution problems like those in Pakistan, Afghanistan and Bangladesh. Joshi is no. 2 in RSS hierarchy after Sarsanghchalak Mohan Bhagwat.

Talking to newspersons on the sidelines of a flag-hoisting function held at the RSS headquarters in Mahal locality of Nagpur, Joshi said the issue of allowing Tamil Hindus of Sri Lanka into the ambit of Citizenship Amendment Act (CAA) was taken up in Tamil Nadu. “However, it is seen that Hindus living in that country are not facing the kind of troubles like those in the three countries covered under CAA,” he said.

Amid protests against CAA and NRC, political parties including Congress, have raised the question of not including the Sri Lankan Tamils into the law. As he took questions on the anti CAA-NRC protests, Joshi said there has been no discrimination against followers of Islam in India. “Even Muslims have the chance to get Indian citizenship if they apply through the regular course. Every government has tried to come up with a similar law on citizenship. Why is there a hue and cry only this time,” asked Joshi.

“Republic Day should be a matter of pride for every Indian. After gaining Independence, the country is now run on the basis of constitution framed under the leadership of Dr Babasaheb Ambedkar. Now it is the duty of each of us to maintain the glory of the constitution,” he said.

Later, another flag hoisting event was held at the RSS campus in Reshimbagh. This was addressed by Suresh Hiremeth, a member of RSS’s national executive committee.

“Japan, which is counted among the developed nations, also has the toughest geographical conditions. In 2011 it was hit by a Tsunami. Tokyo city was not much impacted but nearly 50 lakh persons living in other places were displaced. The 1 crore residents of Tokyo opened their doors for 50 lakh of their fellow countrymen. Each home welcomed them as their own family members. Shops were thrown open and the affected could take things free if they had no money,” said Hiremeth, in a probable reference to the opposition to over granting citizenship to foreign nationals under CAA.

“A lot of misconception is being spread these days only for political gains. Every political party has the right to carry out activities with an aim to come to power, but not through unfair means of misleading the people,” added Hiremeth.

Excerpts of a letter written by RSS founder Dr Keshav Baliram Hedgewar were read out before the Swayamsevaks at the Reshimbagh function. Sameer Gautam, a member of Hedgewar Smarak Samiti, said the RSS founder had written a letter to all the members on January 21 1930, expressing support to the Congress move to pass a resolution pressing for complete independence. Five days later, in its Lahore session, the Congress went through with the motion.

“As the Congress had marked January 26 as the independence day, even the Swayamsevaks were asked to observe the day,” said Gautam, adding that RSS supports national cause cutting across political organizations.

Courtesy: The Times of India