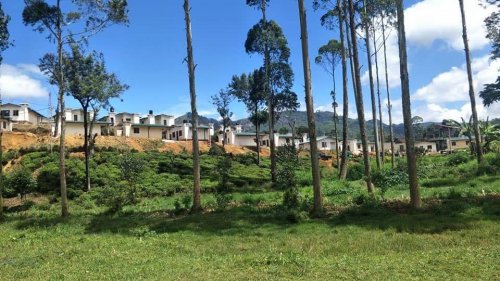 In a special ceremony held on Sunday at Bridwell Estate in Bogawanthalawa, Hatton, 155 houses built under the Indian Housing Project were handed over to the beneficiaries.

The houses were handed over to the beneficiaries jointly by Prime Minister Ranil Wickremesinghe and High Commissioner of India to Sri Lanka Taranjit Singh Sandhu in the presence of Palani Digambaram, Minister for Hill country New Villages, Infrastructure and Community Development.

Funds worth 135 million rupees were allocated for the new housing scheme. Each housing unit has been constructed in 7 perches of land. Comprising with all infrastructure facilities, the housing scheme was built under the Green Villages concept of the government.

High Commissioner in his remarks on the occasion, congratulated the proud owners of the newly built independent houses. He underscored that the Indian Housing Project in Sri Lanka with a grant of over US$ 350 million (close to Rs. 50 billion), was the largest Indian grant assistance project in any country abroad. He also recalled that out of the total commitment of 63,000 houses, 47,000 houses had already been built.

Expressing India’s support for realization of Sri Lanka’s developmental priorities, he reiterated Government and people of India’s commitment to participate with the people of Sri Lanka in their journey towards greater peace and prosperity. 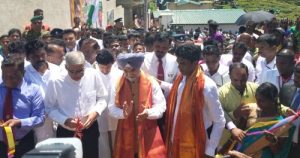 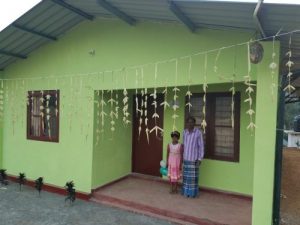