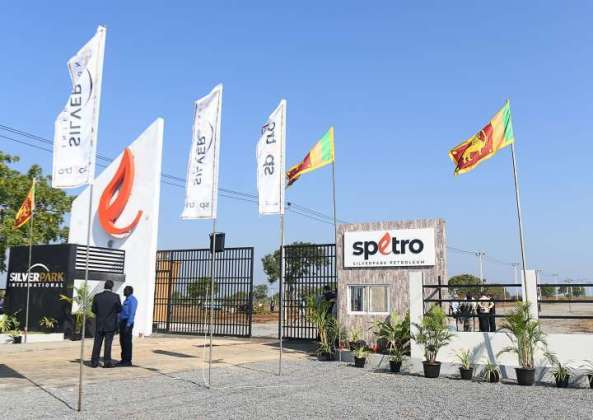 Jagathrakshakan S, the senior DMK leader whose family owns the company that recently agreed to build a $3.8-billion oil refinery in Sri Lanka, said the investment plan for the project was in a “very preliminary stage” and that it could see several more investors once the details were worked out, the Economic Times reported.

The proposed refinery near the Hambantota port is the largest foreign direct investment project in Sri Lanka.

That country’s Board of Investments announced on March 21 that Singaporean company Silver Park, held by the family of Jagathrakshakan, had committed to implementing the project. Oman Oil Company has proposed to take an up to 30% equity stake.

Prime Minister Ranil Wickremesinghe laid the foundation stone on March 24 for the project, which he claimed would be a cornerstone development in making Hambantota a multinational investment zone.

Queried about the progress of the project, Jagathrakshakan, a former union minister, said: “What I can say now is that we have shown our interest, and they (Omani Ministry) have also said they are interested. This is not a project just two entities can implement. As I see it, it will have about 15 people investing in it.” He refused to name other potential investors as the terms of the deal were just evolving, the Economic Times report said.

The project is expected to take a little over 40 months for completion of construction, a Sri Lankan government official said, speaking on the condition of anonymity.

Documents accessed by ET from the Singapore company regulator ACRA show that Jagathrakshakan had been a director and shareholder in Silver Park but exited it in September 2018.

His wife, daughter and son continue to hold positions in the company. In his electoral affidavit filed on March 25 for Lok Sabha polls — he is DMK’s candidate from the Arakonam constituency — Jagathrakshakan disclosed assets, including of wife J Anusuya, of ?114.7 crore. He also revealed that he and his wife had agreed to purchase shares in Silver Park but the acquisition had not been done yet.

CID informs Magistrate that Ex- Commander of the Navy Admiral Wasantha Karannagoda knew where, when and how the 11 “Missing” youths were abducted and that he also knew of their eventual fate
Forthcoming Presidential Election likely to see a head-on clash between the two political projects of Parliamentary Democracy and Autocratic Authoritarianism- Jayadeva Uyangoda
Comment