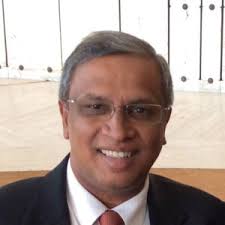 Intelligence agencies have increased their activities in the North following a plot to kill Tamil National Alliance (TNA) Parliamentarian M.A Sumanthiran earlier this month, the Colombo Gazette has learnt.

Rehabilitated LTTE cadres who have been released into society have been placed under close watch following the arrest of some former LTTE members in connection to the assassination plot.

The Hindu newspaper had reported that the Prime Minister’s office sent a message to the TNA Parliamentarian about a “serious security threat” to his life that Sumanthiran needed to be aware of.

A well-placed source in the Government, on condition of anonymity, told The Hindu that “such a message was delivered to Sumanthiran”.

The message, said to have been based on high-level intelligence reports, was passed on around the time when four men, who are former LTTE cadres, were arrested in the North earlier this month.

When contacted, the police officer in charge of the police station in Kilinochchi where two of the arrests were made, has told The Hindu the Terrorism Investigation Division (TID) was handling the case. The TID was not available for comment. A lawyer appearing for the arrested persons, who also did not want to be named, said the police told a magistrate court that the arrested men were in possession of claymore mines and detonators.

Confirming that he received a security threat, Sumanthiran told the Indian newspaper the Government informed him about it, sharing some specific details. On January 13, the parliamentarian, who was to be in Jaffna to participate in an event, cancelled his trip at the last minute.

Asked if it was related to the security threat, Sumanthiran said: “I cancelled my trip not on account of a security threat, but for some other reason. But I learnt later that four persons were arrested on suspicion that they had been ready with an assassination attempt for the 13th [of January] when I was supposed to be there as per the original plan.”

On the alleged link of the former LTTE cadre to the assassination plot, Sumanthiran said that most rehabilitated cadres were struggling to make a living. “We too have asked the government to initiate a programme for livelihood assistance to them. In the absence of such support, they are easy targets for exploitation by people with political motives.”

Following the arrests of the two former LTTE members in Kilinochchi, TNA MP S. Shritharan, from Kilinochchi, recently told Parliament that the government continued targeting former LTTE cadres who had been rehabilitated. Speaking to The Hindu on Friday, he said: “They are still viewed with suspicion. With no jobs, they struggle to make ends meet.”

Sri Lanka could re-negotiate UNHRC Resolution with Donald Trump and Theresa May suggests Dayan Jayatilleka
The guilty should be punished: SF
Comment