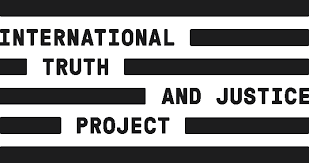 (Text of Press Release Issued on September 24th 2018 by the South Africa based International Truth and Justice Project (ITJP) in Johannesburg headlined “Is the Sri Lanka Government serious about its Office of Missing Persons?)

“The Government of Sri Lanka is undermining the Office of Missing Persons by appointing a politician to implement its recommendations who has denied war crimes, including enforced disappearances, and who allegedly intimidated a victim. Minister Mahinda Samarasinghe has reportedly been appointed to a 10-member cabinet sub-committee expected to implement the interim recommendations of Sri Lanka’s Office of Missing Persons (OMP).

There are also concerns that the appointment of this sub-committee could be a delaying tactic to further undermine the process, especially as there is no timeline given for its activities.

“The Office of Missing Persons is viewed by many in the international community as the last hope for accountability in Sri Lanka,” said the ITJP’s Executive Director and transitional justice expert, Yasmin Sooka, “this sort of appointment makes a mockery of the body and worse still the victims, who desperately need to see progress after years of waiting for information about the fate of their loved ones. Sri Lanka is reported to have the second highest case load in the world, after Iraq, for disappearances – this is an accountablity issue that affects the whole international community who have the responsiblity to ensure that the Government of Sri Lanka acts in good faith rather than ending up disowning its own initiative, as it did with the victim consultation process”.

In 2015 Sri Lanka undertook to establish four complementary transitional justice mechanisms: a Hybrid Court, a Truth Commission, an Office of Missing Persons and a reparations body. Only one of these – the Office of Missing Persons – has been recently established after three years and its mandate does not allow for criminal accountability. Concerns have also been raised about the inclusion of a retired Major General on the body who was in charge of the legal department of the Sri Lankan Army at a time when the UN found reasonable grounds to believe there were grave violations of international humanitarian law by the Army, amongst others.

Minister Samarasinghe has previously denounced reports of enforced disappearance as terrorist propaganda and outrightly dismissed the idea that Tamils disappeared after surrendering at the end of the civil war. This denial is problematic and rejects the stance taken by the Office of Missing Persons which has said its priority case is the disapperance after surrender to the Army of hundreds of Tamils in May 2009.

“Appointing individuals like Mahinda Samarasinghe appears to be a deliberate attempt to subvert the entire process, which is already struggling for legitimacy with many Families of the Disappeared. It is also extremely offensive for the families, many of whom handed their loved ones over to the security forces at the end of the war never to see them again,” said Ms. Sooka.

Minister Samarasinghe is also responsbile for understating the population numbers in the 2009 war zone, and he refused to accept there were civilian casualties, denied government forces repeatedly targeted civilians and denied they used heavy weapons and claimed there was no issue with media freedom. As Human Rights Minister during the Rajapaksa Government, Mahinda Samarasinghe continuously defended their record and continues to deny state wrongdoing to this day. “This is the ideologue and apologist for the worst violations committed under the Rajapaksa regime – and there are no indications he has had a change of heart. What is a person like this doing involved in the OMP’s activities which are expected to receive substantial international support from donors?” asked Ms. Sooka.

“His appointment does not show political commitment to establishing the truth about enforced disappearances,” she added, “and it also disregards Sri Lanka’s committment in UN Resolution 30/1 to vet public officials”.

In addition there are concerns about the chair of the sub-committee Wijayadasa Rajapaksa whose record on minority affairs, alleged support for religious extremists and intolerance of freedom of expression and homosexuality hardly make him the right person to oversee the implmentation of a rights-based approach to disappearance.

A Note on Wijayadasa Rajapaksa The chair of the OMP cabinet sub-committee,

Wijayadasa Rajapaksa, has been heavily critical of the UN, reportedly saying of two UN special rapporteurs: “They lack caliber and have hidden agendas. They think Asians are uneducated and uncivilized and have to follow the West ”. He is reported to have had a heated argument with Special Rapporteur, Ben Emmerson, in 2017 and then claimed this was why he was removed from the Justice portfolio. Mr Rajapaksa has also been open in his opposition to devolving power to Tamil areas and unabashed about calling for Sinhala Buddhist leadership6 . He is alleged to have given misleading population numbers for Sinhalase in the East, allegedly in order to generate a sense of threat to the majority community . He had a discussion in parliament premises with the leader of the extremist Sinhala Buddhist party, Bodu Bala Sena (BBS), effectively legitimising them , despite a petition of 5000+ signatures calling for the BBS monk’s arrest for inciting racial hatred and threatening a bloodbath. One commentator described the Minister as the “unofficial patron of Bodu Bala Sena (BBS)” and said he was seen as a “blatant liar” by the Muslim community. The writer highlighted the Minister’s links to the Rajapaksa regime and concluded he was unfit to be Justice and Buddha Sasana Minister (his posts at the time). The Minister’s anti minority bias has also extended to Christians with Mr Rajapaksa attacking a respected lawyer, Lakshan Dias, because he said there had been 190 attacks on Christians under the current government

Media reports allege Rajapaksa was behind the attempt to use Interpol to seek the arrest of a UK based Sinhala journalist, Sandaruwan Senadheera, allegedly for contempt of court.

As Minister of Higher Education and Cultural Affairs, Wijayadasa Rajapakshe is reported to have ordered the police to file charges against the author and publisher of a novel, sparking protest from the Free Media Movement in Sri Lanka.

31st remembrance of day of Lt.Col.Thileepan has been commemorated at the University of Jaffna -Reporter for Global Tamil News-
ADB approves $300 mn loan to Sri Lanka for the construction of elevated highway linking capital to New Kelani Bridge
Comment