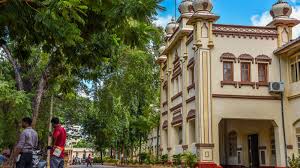 The President of the Jaffna University Arts Faculty Students’ Union ,K.Rajeevan, on Wednesday returned a letter sent to him by the Northern Province Governor, Reginold Cooray, because it was written in Sinhalese, the language of the majority in community in Sri Lanka.

It was a copy of a letter the Governor had written to Sri Lankan President Maithipala Sirisena requesting the latter to conduct an inquiry into the incident on October 20, in which two Jaffna University students were killed.

Earlier in the day, teachers and students of the university had submitted a memorandum to the Governor calling for an impartial inquiry.

The memorandum was in three languages, English, Sinhalese and Tamil. When the Arts Faculty Students Union President Rajeevan received the copy of the Governor’s letter to the President, he promptly sent it back to the Governor with the following scribbled on it in English: “We could not understand what you are saying here. We are trying to say that Sri Lankan official languages are Sinhala and Tamil.”

The returned letter carries the seal and signature of the Students Union President. Commenting on the incident, Tamil National Alliance (TNA) MP from Jaffna,M.A.Sumanthiran said that the Governor had only sent a copy of the Sinhalese letter he had written to the Sri Lankan President .

“If he was writing to the students union President he would have written in English. However, given the sensitivity over the language issue, the Governor could have attached an English translation of the letter,” Sumanthiran said. Meanwhile, in Colombo, the Police Minister Sagala Ratnayake would not comment on the rights and wrongs of the incident on October 20, in which two students in their early twenties riding a motorcycle were shot at by cops at a checkpoint because they did not stop when asked to.

One boy died of bullet wounds and the other died when the vehicle crashed. All that Ratnayake said was that the situation could have got exacerbated had the President, Prime Minister and the Opposition Leader not intervened to calm the agitators. The police tried to cover up their act by saying that the deaths were the result of an accident. But the government medical officer reported that one of the boys had bullet wounds and that he had been shot in the chest.

Jaffna society reacted very strongly to the bid to cover up of what seemed to be murder. All political parties called for and observed a total Hartal on October 25. President Maithripala Sirisena called for an impartial inquiry and the police arrested the five constables involved in the shooting and a Jaffna court remanded them till November 4.

Law and Order Minister Sagala Rathnayake walks out of press meet when asked whether “AAVAA” gang in Jaffna is linked to Military Intelligence
7,500 detonators detected at Mannar
Comment