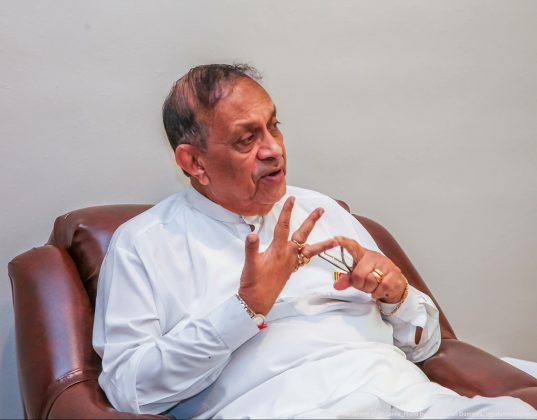 In a statement issued yesterday, Jayasuriya said that the risk of the COVID-19 pandemic spreading has risen that, according to specialists, it can become a national catastrophe.

“I would like to remind the people of Sri Lanka that it is highly important to ensure one’s own safety, and humbly request from everybody to follow health and safety precautions with utmost seriousness,” he said.

He also said that in order to conduct the upcoming General Elections under a situation where the spread of the disease could be kept effectively under control, the Director-General of Health Services circulated a set of guidelines.

However, he said it is saddening to note that these guidelines have not been notified by a gazette.

“In the absence of a gazette notification, public officials and law enforcement officers have no power to ensure that the said guidelines are followed and implemented. As of now, Hon. Prime Minister has made a request to follow health guidelines duly. In a highly competitive environment such as political campaigns, requests that have no legal binding can generate only modest outcomes, at best,” he said.

The former Speaker said that during the last few weeks, it was observed that many politicians, unduly and hazardously manipulating the lack of legal protection to health guidelines, organized and participated in political rallies that clearly violated them.

“Such irresponsible behaviour on the part of politicians allows the dedication and sacrifice of health and security officers go down the drain. Those politicians make a mockery out of the selfless service of over three months by those officers,” he said.

He also said that in a disturbing situation such as this, it is the responsibility that people have to ensure their own safety first and foremost.

Further, he said that with utmost good faith he expects the Director-General of Health services to issue a gazette notification giving legal validity to the health guidelines for the General Election.