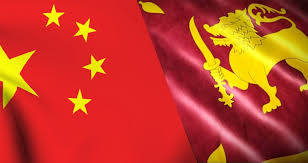 President Maithripala Sirisena on Saturday sent his greetings and good wishes to everyone celebrating the Chinese New Year in the People’s Republic of China and around the world, the Xinhua news agency.

A number of events organised by the Chinese Embassy in Sri Lanka to celebrate the Chinese New Year will be a very important part of the anniversary celebrations, the President said.

“As an outcome of these festivities I am sure the friendly relations between the people of Sri Lanka and the people of the People’s Republic of China will blossom to historical heights,” President Sirisena said.

“It is my sincere hope that the Year of the Rooster brings, joy, prosperity, good fortune and long life to everyone celebrating the important festival,” he added.