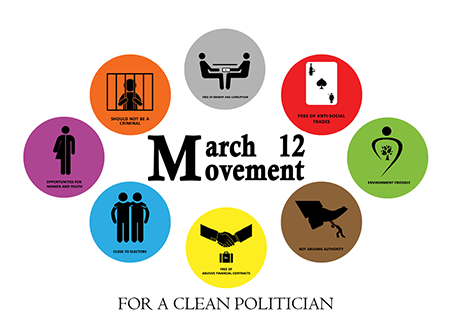 Members of the March 12 Movement has met Speaker Karu Jayasuriya and requested him to follow a transparent system when appointing the three civil society members to the Constitutional Council.

The official tenure of the ten-member Constitutional Council, Sri Lanka’s constitutional authority, ended on 21st September and the members of the March 12 Movement has met the Speaker before the new appointments to the Council are made.

Convener of the movement Rohana Hettiarachchi has said that the request was made to the Speaker in Parliament on last Friday (September 21).

Speaker Jayasuriya has promised that he will take appropriate action after discussions with the Prime Minister and the Leader of the opposition, Hettiarachchi said.

Under the 19th Amendment to the Constitution, Constitutional Council is the responsible body to appoint members to the independent commissions such as bribery commission and election commission.

Member organizations of March 12 Movement including PAFFREL, Right to Life, Federation of University Teachers’ Associations, Sarvodaya, Sanasa Movement met with the Speaker for the discussions.