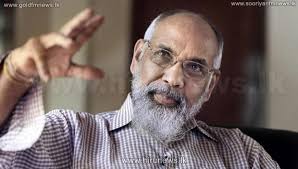 The Tamil People’s Council (TPC) led by Northern Province Chief Minister C.V. Wigneswaran has decided to stage a hartal in the Northern and the Eastern Provinces to compel the government to resolve the concerns raised by the relatives of those gone missing during the armed conflict.

The Chief Minister said the government had ignored the concerns of the relatives to trace those who had disappeared.

Meanwhile, the trader associations in the North and East have refused to join the hartal. They said the hartal would result in incurring heavy losses. However, they said they would support the hartal but would not put up shutters.