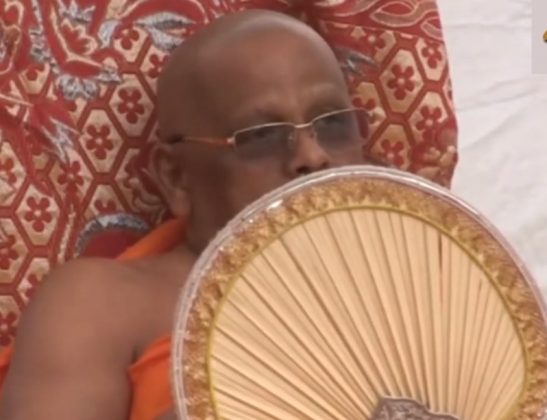 A Buddhist monk has come under attack for promoting hate against Muslims.

The Chief Prelate of the Asgiri Chapter of the Siyam Order (Nikaya), the Most Venerable Warakagoda Sri Gnanaratana Maha Thera was seen on a video urging Buddhists to boycott Muslim shops.

He had also said that he backs calls to stone some Muslims.

Finance Minister Mangala Samaraweera tweeted saying true Buddhists must unite against the “Talibanization” of the great philosophy of Buddhism which promotes peace and love to all beings.

“No Buddhist can condone a statement to stone another human being to death, even if it emanates from the robed orders,” he said.

Harsha de Silva said that the monk should advice other priests on the responsibility of wearing the yellow robe.

Several others on social media also condemned the statement made by the monk.