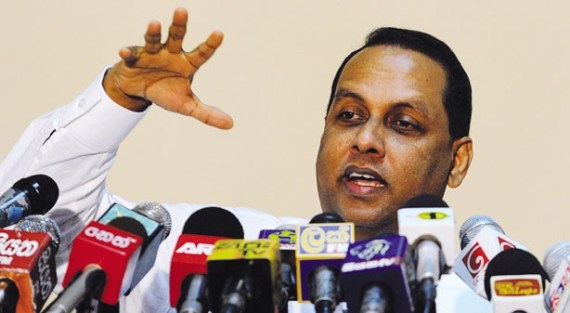 The opposition questioned in Parliament today the need to close roads for VIP movements if the country is safe.

Amaraweera said that there is no need to close the roads if the country is safe.

Opposition Parliamentarian Wimal Weerawansa said that frustration has been building in the public and that was shown by them honking their vehicle horns in protest against roads being closed for Ministers.

Videos circulating on social media showed the public in Colombo expressing their anger after being forced to stop for VIP movements by honking their vehicle horns.

Videos showed drivers honking their horns in at least two locations in Colombo.

Following the Easter Sunday attacks some roads near VIP houses and offices have now been closed while roads are also closed for some VIP vehicle movements.

Bathiudeen, Asath Sally and Hizbullah must resign: TNA
UK ban on the LTTE to be challenged before tribunal
Comment