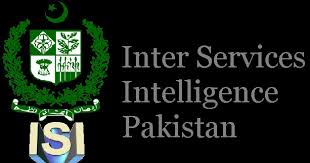 Former President Mahinda Rajapaksa left to Pakistan last Monday afternoon to participate, as the guest speaker, at an event held at the Pakistan National Defence University.

Speaking at an event organized by the Centre for Research and Security Studies (CRSS) and Global Village Space (GVS) Rajapaksa said terrorism is against the spirit of humanity and no country can prosper if people are compelled to live their lives under fear.

Delivering his speech on the topic of the talk which was ‘Sri Lanka’s Struggle for Peace and its Lessons for Pakistan and the Region,’ Rajapaksa said that Pakistan and Sri Lanka’s mutual relationship is sustained by cultural heritage, economies, and common stand on international issues.

“We are grateful for the unconditional and steadfast support we received from Pakistan. It is a matter of deep satisfaction that I was able to raise Sri Lanka’s voice with Pakistan. They have stood by us through thick and thin,” he said. Rajapaksa added there is no distinction between terrorists, mirroring the good versus bad Taliban debate in Pakistan.

He also said that in the case of Sri Lanka, armed forces provided unrelenting support, backed by actual and concrete actions on part of the government.

The former President said that successful anti-terrorism operations depend as much on internal factors as they do on external factors. Public education and support is necessary to thwart any sympathy or help for the enemy. There is no room for hypocrisy or double-dealing, he stressed.

In his concluding remarks, Rajapaksa stressed: “We must learn from one another, be productive and provide practical solutions.”

He further stressed on the need for more such dialogues and platforms to better understand the menace of terrorism and employ measures to combat it and achieve peace in the region.

Interior Minister Chaudhry Nisar Ali Khan said that stronger Pak-Sri Lankan partnership was key to promoting greater cooperation in the region and also a bulwark against the challenges facing the region including the issue of terrorism and poverty besides warding off any self-assumed notion of hegemony in the region, Pakistan’s ‘The Nation’ reported.

“This he said while talking to former President of Sri Lanka Rajapaksa, Percy Mahendra, at Punjab House in Pakistan on Thursday when the latter called on him along with his delegation,” says a statement issued by the Interior Ministry.

According to Pakistan media, Lt. Gen. (Retd.), Asif Yasin Malik has said, Pakistan has a lot to learn about peace-building from Sri Lanka, and there are a lots of parallels between the situations in the two countries vis-à-vis terrorism.

Speaking on the issue of human rights, she has blamed the international community for its double standards.

“In some cases we describe the lives of others as collateral damage and in other cases we emphasize it as civilian casualty,” she said.

Former Chief of Pakistan’s powerful spy agency Inter-Services Intelligence (ISI), Lt. Gen. Rizwan Akhtar who now heads the National Defence University while commending Rajapaksa has said that they do not find the accusations levelled against Rajapaksa when commanding the country towards peace by defeating terrorism as fair and just.

“Pakistan will stand by you at any given time,” he had said.