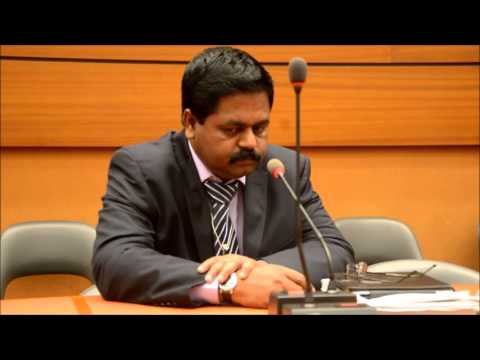 Tamil National Alliance (TNA) Parliamentarian S. Sritharan informed Parliament yesterday that his house in Kilinochchi was raided by the Police and military.

He said that while he was in Colombo to attend Parliament, the Police and military raided his property today claiming they were looking for hidden weapons.

Sritharan said that the raid was carried out based on false information and that it was a threat to his life.

He urged Speaker Karu Jayasuriya to intervene in the matter and ensure his Parliament privileges are protected.

The Speaker requested the State Minister of Defence Ruwan Wijewardena to look into the issue.