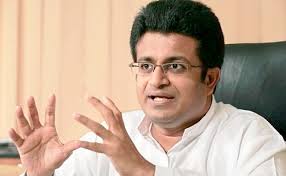 Pivithuru Hela Urumaya (PHU) today urged Prime Minister Ranil Wickremesinghe to reveal the promises made by him to the Tamil separatists and Western forces before the dawn of the New Year 2017.

Addressing a media briefing, PHU General Secretary MP Udaya Gammanpila said earlier Tamil National Alliance (TNA) Leader C.V.Wigneswaran and MP M.A. Sumanthiran had urged the Government to fulfill the promise made by them to the TNA and other international forces.

“Everyone stresses the Government to fulfill their promises, but nobody is willing to reveal what are these promises. The Government has not even mentioned such kind of promises in the Presidential and Parliamentary Election Policies,” he added.

He said the Government had still not fulfilled even a single demand of the TNA and added that the people should have the utmost right to know what were the promises made by the Government to them.

He said perhaps President Maithripala Sirisena could be unaware of these issues since the Prime Minister and the Foreign Affairs Minister were usually engaged in matters related to the international forces in order to topple the former Government.

“The Prime Minister should immediately reveal these promises to the country. Only then we will be able to predict whether 2017 would be a prosperous year or not,” he added.