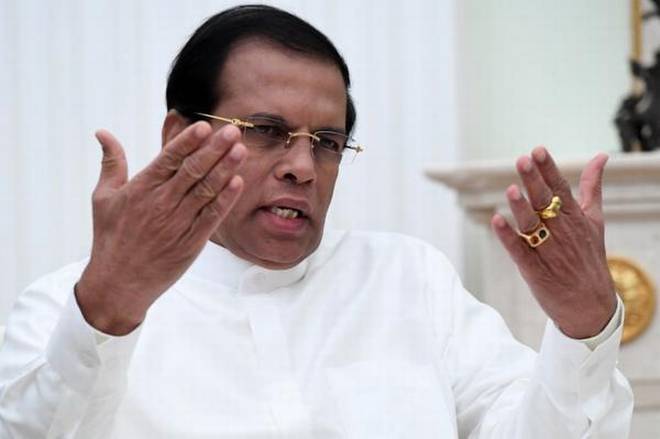 President Maithripala Sirisena yesterday said he is willing to form a new government, if all 96 members elected to Parliament from the UPFA at the last 2015 general election, stand with him.

“Some who have formed a new coalition are saying they will join if an SLFP-led Government is formed. I am telling them, if all those elected come and stand with me, I am prepared to form a Government led by the SLFP. Leave that garbage dump and sewerage pipe founded by G.L. Peiris and come,” he said.

The President, speaking at an election rally in Ratnapura, said that the last time he campaigned there, stones were thrown at him. “I am prepared to form an SLFP government tomorrow, if all the 96 UPFA MPs stand with me. Come to my house tomorrow morning and I will show you how I will form a government with 96 members,” he said.

The President also vowed to appoint a presidential commission in the coming week to inquire into irregularities at Mihin Air and SriLankan Airlines. Then everyone involved in frauds will be exposed, he said