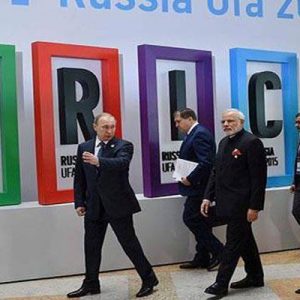 President Maithripala Sirisena will leave for India tomorrow (Oct. 15) to attend the BRICS Outreach Summit to be held in Goa, India from 15th to 16th October.

This will be the eighth annual BRICS summit which will be chaired by India.

BRICS is an international relations conference attended by the heads of state or heads of government of the five member states Brazil, Russia, India, China and South Africa.

President Sirisena, together with the heads of State of the member countries of the Bay of Bengal Initiative for Multi-Sectoral Technical and Economic Cooperation (BIMSTEC) will attend the BRICS Outreach Summit.

The President will hold bilateral discussions with several Heads of State at the sidelines of the summit.

The theme of India’s BRICS Chairmanship is Building Responsive, Inclusive and Collective Solutions.