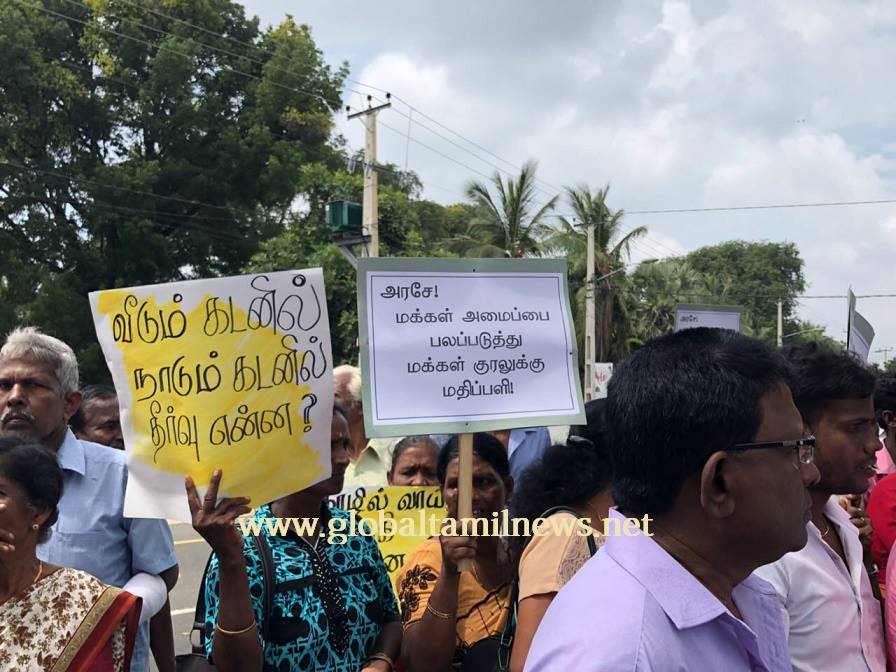 Protestors stated that all loan schemes being provided by the finance companies to the war affected people of the north & east should be stopped and instead of it, providing loans at low level interest to the people would be appropriate.

These sorts of activities that are taken place in an ethnically discriminated way should be stopped, they added.

It is further accused by them that Sri Lankan government, which receives financial aids from many countries by showing the northern people, provides this kind of loans to our people instead of carrying out the developmental activities.

Most of the finance companies which conquered the north in the post war era exploit the economy of the Tamil people in a very systematic way by giving loans that get outrageous rates of interests from the Tamil people.

The officers of the finance companies who go to the villages provide loans to our people by signing illegal agreements by making use of attractive words that deceit our people.

One of the protestors highlighted that these finance companies run in the manner of exploiting the money kept by our as their small savings. 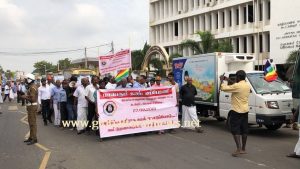 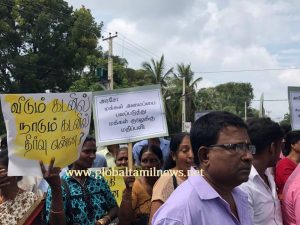 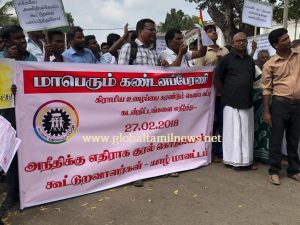 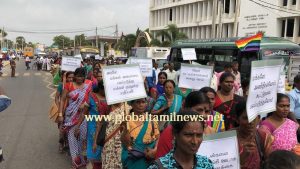 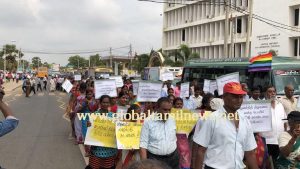 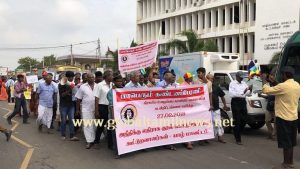