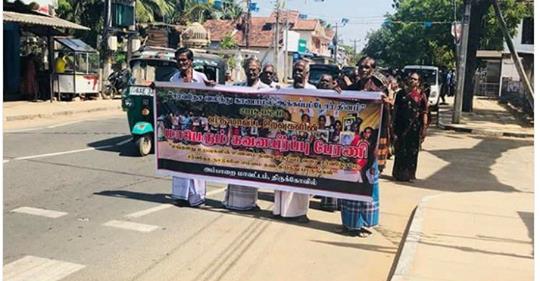 While protests to mark the International Day of the Disappeared have been staged all over the north and east, protest demanding justice for those who were disappeared has been staged at Thirukovil in Ampara also.