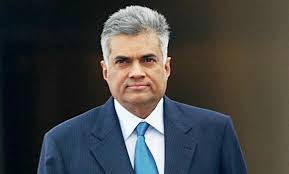 Some say India’s Prime Minister Narendra Modi neatly cajoled his Sri Lankan counterpart Ranil Wickremesinghe into swinging by New Delhi, making what was to be a private visit to attend a wedding into a one-day ‘working visit’– and then got him entrapped to sign a Memorandum of Understanding (MoU).

Others rubbish such a theory, but it seems that someone tipped off Ceylon Petroleum Corporation trade unions and wound them up to threaten a strike if the Sri Lankan Premier signed an MOU in New Delhi. The MOU, inter-alia, would hand over some of the oil tanks in Trincomalee to the Indian Oil Company.

It was a known fact that Petroleum Minister Chandima Weerakkody was against the move. He said so publicly and wanted an appointment with President Maithripala Sirisena to lodge a protest together with the trade unions. But the story goes that the President had not granted him an appointment on the basis that the Prime Minister was adamant in going ahead with the project and that it was in the premier’s hands. What followed was trade union action that caused havoc in and around petrol sheds in the country and traffic snarls from last Sunday night.

Wickremesinghe assured the trade unions thereafter that he would not sign any agreement with India in New Delhi without consulting the petroleum workers. But he had Strategic Development and International Trade Minister Malik Samarawickrama do so in New Delhi. The MoU was not made public either.. They were both in the Hindi and English languages, with the English version to be considered in case of any interpretation issues.

The crux of the MoU is to give access to India in a whole range of economic activity in and around the Eastern Province with special emphasis on the World War II British built oil tanks. The 99 tanks are situated in two areas near the Trincomalee harbour. One is called the Lower Tank Farm, situated closer to the sea; the other is the Upper Tank Farm, which is on somewhat elevated ground. According to this week’s MoU, the Upper Tank Farm will be developed by a Joint Venture (JV) between Indian Oil and the Ceylon Petroleum Corporation. The Lower Tank Farm, consisting of 15 tanks originally and now made into 16, will be leased exclusively to Indian Oil for 50 years, extendable to a maximum of 99.

The Indian side argue that this is, in fact, an advantage to Sri Lanka because the 2003 Agreement signed by the then Prime Minister Ranil Wickremesinghe-President Chandrika Kumaratunga Government gave the entire Tank Farm, Upper and Lower, to Indian Oil on lease. The Sri Lankan side pointed out that the 2003 Agreement was necessitated, partly, due to the raging separatist insurgency at the time and the fear of the LTTE destroying the oil tanks. Inducting India was meant to ward off such an LTTE threat.

During the conflict years, Sri Lanka’s war insurance premium had skyrocketed and Indian Oil cushioned the impact on oil prices in Sri Lanka. This week, Cabinet Spokesman Rajitha Senaratne showing some photographs asked if these tanks surrounded by jungle “like the Sinharaja forest” were meant to be worshipped like the Thuparaamaya temple (at Anuradhapura) or meant to earn some revenue.

The Indian negotiators were quick to point out a series of benefits Sri Lanka received by their entering the market, not least that there was never a fuel shortage in Sri Lanka, the numbers employed and improvement in the quality and appearance of fuel sheds around the country. They were earlier “fuel dumps”, one of them said, punning on the word dumps. That they had coughed up nearly Rs 7bn so far since entering the Sri Lankan market and 25 percent of the company has Sri Lankan shareholders was also stressed and that, looking to the future, these storage facilities could even see pipelines being built to service the oil needs of southern India.

The MoU also includes a port, petroleum refinery and other industries in Trincomalee for which both, India and Sri Lanka will set up a Joint Working Group. Premier Wickremesinghe has already announced that Japan will be part of this programme. Times have changed and the world moves on, said a Western diplomat pointing out that during World War II, the Japanese war planes bombarded the Trincomalee area.

In India, Foreign Ministry Spokesman Gopal Baglay was asked at a news conference about the possibility of a tripartite development pact between Japan, India and Sri Lanka. He replied that the Indian Government was focusing on development connectivity and neighbourhoods. “Wherever there is a possibility of cooperation with like-minded countries, with countries that are acceptable to both the parties, I think we are open to considering those possibilities,” he said.

Sri Lanka’s Finance Minister Ravi Karunanayake, meanwhile, gave a comment to the “Hindu” newspaper about his vision of the India-Sri Lanka partnership. While the two countries are yet to finalise the locations of the proposed investment zones, the idea is to make Sri Lanka a favourable financial hub for Indian investors, he said. “We want to be to India what Hong Kong is to China,” he added, blissfully unaware that Hong Kong is now a Special Administrative Region of the People’s Republic of China–something Sri Lanka clearly doesn’t envision for itself vis a vis India.

Premier Wickremesinghe’s one-day “working visit” was packed with appointments. He met Premier Modi for more than half-an-hour on a one-to-one basis (the discussion as scheduled for just five minutes of courtesies before official talks began) and a working lunch of basmati rice and Indian curries. He then met former Prime Minister Manmohan Singh, Congress Party leader Sonia Gandhi, Transport, Home Affairs and External Affairs Ministers and the National Security Adviser. India’s External Affairs Minister Sushma Swaraj seemed interested in the whereabouts of her counterpart. “Where is Mangala”, she asked, only to be told, “He is travelling all the time”.