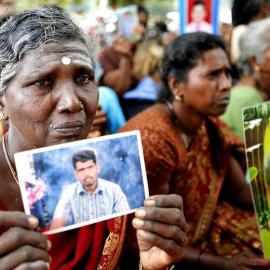 Amnesty International said that the annual human rights report for 2018 released this year, gives a misleadingly positive impression of progress in human rights in Sri Lanka.

“The report does describe some abuses that occurred last year (including unlawful killings, torture, arbitrary detention and harassment of human rights defenders) and says that impunity for conflict-era abuses persisted,” Amnesty International said.

Amnesty International noted that the scale and scope of impunity for Government forces is significantly understated.

The U.N. has described some of the violations committed by both sides during the war as constituting war crimes or crimes against humanity.

“In fact, Sri Lanka’s overall lack of progress has resulted in the U.N. Human Rights Council passing two subsequent resolutions (the first in 2017 and the second in March of this year), with each one requiring ongoing monitoring by the U.N. of Sri Lanka’s implementation of its human rights commitments for another two years,” Amnesty International said.