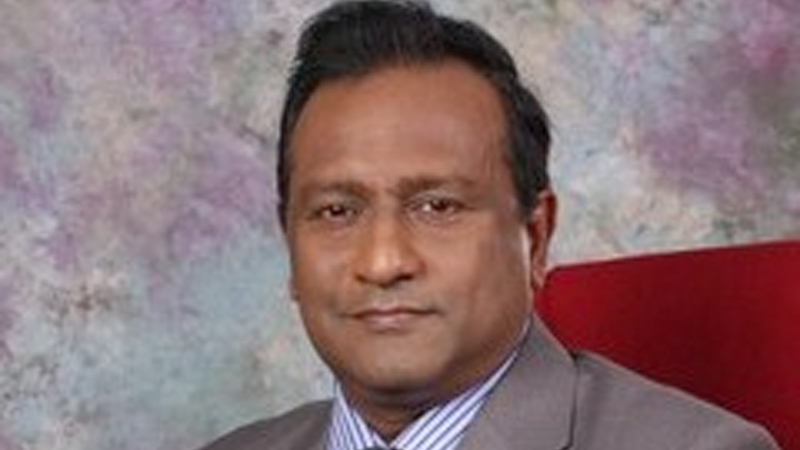 While registering the protest over the statement on the appointment of the new Army Commander of Sri Lanka posted on the Twitter account of the US Embassy, Rear Admiral (Retd.) Dr. Sarath Weerasekera appealed to US Ambassador to Sri Lanka Alaina Teplitz, in a letter to ensure that the US Embassy should refrain from making statements prejudicial to the members of the armed forces of Sri Lanka and by extension to the country.

“Since 2017, I have filed a series of documents at the United Nations Human Rights Council (UNHRC) to show that the allegations of war crimes and other crimes levelled against Sri Lanka by the “Report of the Office of the UN High Commissioner for Human Rights Investigation on Sri Lanka” or OISL Report (September 2015) are baseless,” Dr Weerasekera said.

He said the findings of the OISL Report were the sole basis for UNHRC resolution 30/1 of October 2015, which was sponsored by the United States and co-sponsored by Sri Lanka

“The OISL Report was never subjected to an independent assessment either by the Government or the Council prior to the adoption of Resolution 30/1 to see whether its conclusions followed from the evidence,” Dr Weerasekera said.

Furthermore, since Resolution 30/1 was adopted a mere two weeks after the OISL Report was released to the public on September 16, 2015, many citizens in Sri Lanka did not have time to either study the report properly or raise objections to it with the Government.

“I would like to summarise my rebuttal to the various charges leveled by the OISL Report which I trust would assist you in deciding whether any further criticism or condemnation of the members of Sri Lanka’s armed forces by the United States or any other country, is justified at this moment,” he added.

He emphasised the fact that the US as a member of the community of nations could not act in the manner of a private individual or an NGO when accusing another country of various abuses, but must base those accusations as much as possible on reports accepted and approved by the international community.

“I have endeavoured to show that the OISL report, the only relevant international report in regard to allegations of humanitarian law and human rights law violations by the Government of Sri Lanka, has failed to establish the charges to any reasonable degree,” he said.

“Therefore, it is unfair to condemn the new Army Commander based on such unsubstantiated allegations,” he added.