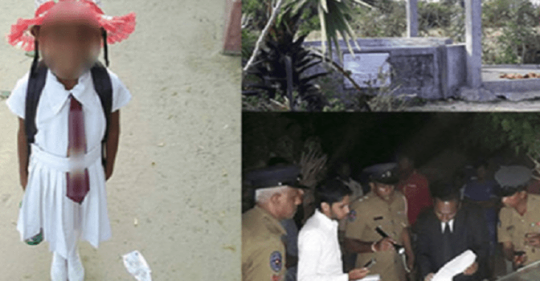 Jaffna was in a state of shock today over the murder of a six year old girl, whose body was found in a well last evening.

Sivaneswaran Regina from Solipuram in Jaffna was found dead last evening (25/6) and medical reports today revealed she had been stranggled to death.

The Police said that four people were taken in for questioning today over the murder of the young girl.

Protests were staged in Jaffna today demanding justice for the young girl.

The body was handed over to the family of the victim today.

Jaffna is just recovering from the shock over the rape and murder of another school girl.

Sivaloganathan Vithya was abducted and raped in 2015 before she was killed.

Seven accused over the rape and murder of Sivaloganathan Vithya were sentenced to death by a trial-at-bar at the Jaffna High Court in September last year.