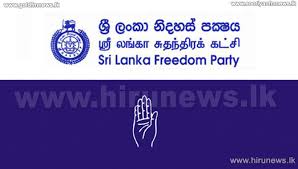 The Sri Lanka Freedom Party (SLFP) has rejected calls for a federal solution through the proposed new Constitution.

SLFP member and Minister of Transport and Civil Aviation, Nimal Siripala de Silva said the SLFP has made clear it wants a solution within a united Sri Lanka.

He said the SLFP cannot agree to a merged North and East or a federal system and if any attempt is made to push for such a system the party will object.

The Minister said that the SLFP wants all the communities in the country to live in peace with each other.

He said the SLFP will discuss with other political parties a new Constitution for Sri Lanka which ensures the minorities are not felt left out.

The Minister said the process to draft a new Constitution required the two main political parties in the country to work together and so the SLFP is working with the United National Party (UNP).

However he said at the next election the SLFP will contest separately and not with the UNP as it did at the last Presidential election.