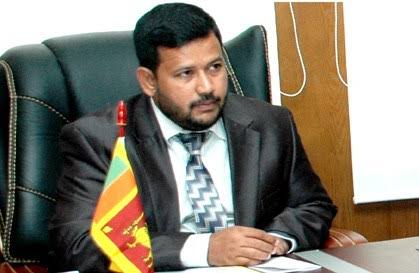 Leader of Muslim party, All Ceylon Makkal Congress (ACMC), former Minister Rishad Bathiudeen says he has no issue with the lack of Muslim ministers in the current government under President Gotabaya Rajapaksa and the new government takes all people as “Sri Lankans”.

“They won with a majority. They can appoint the Cabinet as they want-that’s their right. If they see us too as Sri Lankans and if they treat us equally, that is enough for us,” ACMC Leader Bathiudeen said addressing a press briefing yesterday (06).

ACMC Leader Bathiudeen also voiced his grave concerns on increasing political mud-slinging against him on such charged issues as the Wilpattu and Easter Sunday bombings.

“They used terrorist leader Sahran’s incident to create anti-Muslim fear among the voters of the majority community and won the Presidential election. They cannot politically market Sahran again in the forthcoming general elections. Therefore they need a new target. That is us, Muslim leaders-mainly I and leader of SLMC Rauff Hakeem. However, this is very wrong. Both I and Hakeem are democratically elected Muslim political leaders and not in any way similar to Sahran” Bathiudeen said.

Speaking about the Wilpattu issue, the former Minister and Wanni district MP said he has been pointed out as a person who destroyed Wilpattu national forest.

“I did not destroy any parts of Wilpattu Forest Reserve by abusing my powers. In 2009, the Muslim refugees displaced in 1990 received the opportunity to re-settle in their original lands,” he said.

Former Industry and Commerce Minister yesterday called on President Gotabaya Rajapaksa to appoint Presidential commissions to investigate the Easter Sunday attacks and the alleged destruction of the Wilpattu National park.

In a letter to President Rajapaksa, MP Bathiudeen said certain groups using various media outlets are engaged in leveling “baseless and unfounded allegations” against him for narrow political gains and to fan “communal flames”.