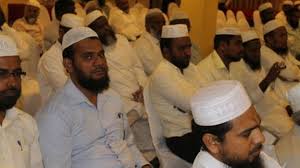 Sri Lanka’s police had come under criticism from opposition parliamentarians and right activists for failing to take action against attacks on Muslim places of warship and businesses over the past five weeks.

According to information gathered by human rights lawyer Shiraz Noordeen, there have been 15 targeted attacks on Muslim shops and a mosque since 16 April. So far no one has been arrested regarding any attack.

Rights activist Victor Ivan said Wednesday that there has been a serious lapse in the role of police by failing to take effective measures to enforce the law and make arrests, AP reported.

“It seems the rule of law has collapsed,” he added.

Attacks on Muslim places of worship and businesses are a conspiracy against the government, government Minister Mano Ganesan says. He said it is the responsibility of the government to take stern action against such attempts.