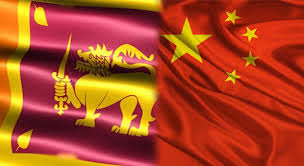 Sri Lanka says its relationship with China has strengthened in recent times, especially following high level visits between both countries.

He said that China is a key player in Sri Lanka’s path to development and the Government appreciated the assistance given by China.

The Minister was speaking at an event held today at the BMICH to mark the 68th Anniversary of the Founding of the People’s Republic of China.

Speaking further, Dr. Rajitha Senaratne said that following the visit to Sri Lanka in 2014 by Chinese President Xi Jinping and the visit to China by President Maithripala Sirisena in 2015 and by Prime Minister Ranil Wickremesinghe in 2016 and 2017, has seen the relationship between both countries grow stronger.

He noted that China has been involved in several projects in the country, including highway projects.

The Minister also noted that there has been an increase in the number of Chinese tourists visiting Sri Lanka.

He said that he was confident the relationship between both countries will grow even further during the years ahead.