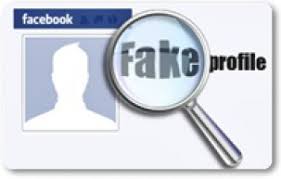 The Computer Emergency Readiness Team (CERT) has taken steps to remove over 3000 fake social media accounts that have been active during this year, its Principal Information Security Engineer Roshan Chandragupta said.

According to CERT there have been more than 3,400 complaints on social media, including Facebook, by November 2017 and 80 percent of those complaints are on maintaining fake Facebook accounts.

These fake Facebook accounts have been used for nefarious activities including financial fraud, the official said.

According to the statistics, 2200 complaints were received about social media outlets in the year 2016, and this year the number has increased by 1,200.

He said the users can complain to the Facebook about fake accounts created with false information through the social media site itself but most users in Sri Lanka are not aware of it .

“When we receive a complaint about a bogus account we will inform the relevant individuals and explain how to record it through their account, because that’s the easiest and quickest procedure.” Roshan Chandragupta explained.

Facebook has taken steps to remove those fraudulent accounts, he added.

The official advised that by sharing photos only among friends and not allowing for unknown people to join their FB accounts can avoid problems associated with fake FB accounts.

He said a large number of complaints have requested to remove the fake FB accounts maintained under the names of politicians, actors and sports personalities.

In addition, the CERT has received a large number of complaints this year on scamming money from FB users claiming that they have won prizes.