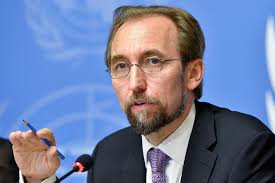 Oral presentation of the High Commissioner’s Report on Sri Lanka

I thank you for this opportunity to discuss the human rights situation in Sri Lanka, and to present my report pursuant to Council resolution 30/1.

The report acknowledges some positive advances on human rights and constitutional reform. I welcome the constructive engagement of the Government with my Office. We have continued to provide technical assistance through our presence in Sri Lanka, complemented by frequent expert missions and support by the United Nations Peacebuilding Fund. Five Special Procedures mechanisms visited Sri Lanka to address enforced disappearances, transitional justice, torture, the independence of judges and lawyers, and protection of minorities. Additionally, four treaty bodies reviewed Sri Lanka’s progress in implementing treaty obligations, and have made detailed recommendations regarding racial discrimination, migrant workers, torture and discrimination against women.

I note promising progress regarding constitutional reform, with the Parliament establishing itself as a constitutional assembly. Inclusive public consultations conducted by the Public Representations Committee were followed in November by reports from six subcommittees appointed by the Constitutional Assembly to make recommendations regarding fundamental rights, the judiciary, finance, law and order, public service and centre-periphery relations. But these reports have not yet received adequate consideration.

Although progress to establish transitional justice mechanisms has been slow, I am heartened by the recent report of the Consultation Task Force on Reconciliation Mechanisms, synthesising thousands of submissions from across all ethnic and religious groups. I urge the Government to embrace and make the broadest possible use of the report, following its inclusive and thoughtful consultations. What is needed now is agreement on a comprehensive strategy, with a time-line and detailed benchmarks, to address all the transitional justice pillars identified in Resolution 30/1 – which as the Foreign Minister recently reminded us, was co-sponsored by Sri Lanka.

Sri Lanka’s ratifications of the Convention on Enforced Disappearances and the Convention on the Rights of Persons with Disabilities are also significant steps forward. They now require rapid integration into domestic law, in accordance with international standards. Following last year’s legislation to set up an Office of Missing Persons, I recommend that there be swift progress in establishing this body, which could play a crucial role in resolving enforced disappearances.

In the face of rising frustration among victims, a number of confidence-building measures must be accelerated. These include the release of land occupied by the military, which remains slow. While an effort is underway to repeal the Prevention of Terrorism Act and replace it with legislation that complies with international human rights law, this work has yet to be concluded. Numerous pending cases under the Prevention of Terrorism Act have not yet been resolved. It will also be essential to effectively operationalise an appropriate vetting procedure – including an independent, civilian human rights component – in advance of any future deployment of military and police personnel to UN peacekeeping missions.

The design of truth and reparations processes appear to be underway, but these efforts need to be in consultation with the victims and civil society. It is important for the country’s future to send the signal that impunity is no longer tolerated. I am particularly troubled by the lack of progress in a number of emblematic cases. The consistent failure to effectively investigate, prosecute and punish serious crimes appears to reflect a broader reluctance or fear to take action against members of the security forces. Combined with a general lack of trust in the impartiality of the justice system regarding past violations, this continuing unwillingness or inability to address impunity reinforces the need for international participation in a judicial mechanism. For this to be credible, tt should include a special counsel, foreign judges and defence lawyers, and authorized prosecutors and investigators. The National Consultations also identified international participation as a way to gain the trust of the victims.

I welcome a number of Presidential directives with regard to some aspects of detention. However, cases of torture, excessive use of force and failure to respect due process continue to be reported. There is clearly a need for unequivocal instructions to all branches of the security forces that any such conduct is unacceptable and that abuses will be punished. Ensuring that detainees have unrestricted and prompt access to counsel from the moment of arrest will help mitigate the risk of torture.

In addition, and more broadly, Sri Lanka’s courageous civil society and human rights defenders must be protected from harassment and intimidation. I am disturbed to hear reports of intimidation of members of civil society here in the Palais des Nations. Assistant Secretary-General Andrew Gilmour, the system-wide coordinator for action on reprisals, will be looking into this, and I trust, Mr President, you will also give these cases close attention.

I urge Sri Lanka’s Government to regularly consult the independent commissions, and particularly the Human Rights Commission, which have an invaluable role in strengthening good governance. I encourage respect for their mandate and autonomy, adequate financing, and implementation of their recommendations.

This Council continues to play an important role in accompanying Sri Lanka towards a safer and more stable future in which there is respect for the dignity and rights of all its people. At the centre of all of this are the victims: there can never be sustainable peace without justice for them. My Office remains committed to continue supporting the Government and people of Sri Lanka on their complex journey towards truth, justice and full accountability. 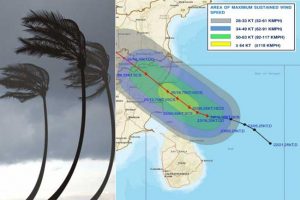 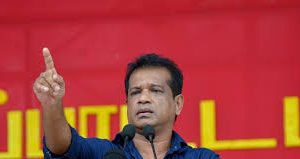 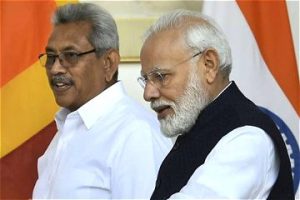 Sarath Fonseka and Gotabhaya Rajapaksa blame each other for the targeting of Journalists by Secret Death Squad of Military Intelligence
London Attack: ‘Heroic’ British politician attempted to save cop
Comment