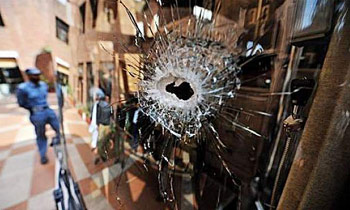 A bus belonging to the Army that was carrying military personnel had been pelted with stones in the Mullaitivu area on Thursday (27) evening during a hartal that was conducted there, Army Spokesman Brigadier Roshan Seneviratne today said.

The incident occurred when the Vavuniya bound military bus was passing Mullaitivu.

A glass of the bus had been broken but no one had been injured in the incident.

On learning about the incident, the Mullaitivu Police had initiated an investigation to identify.