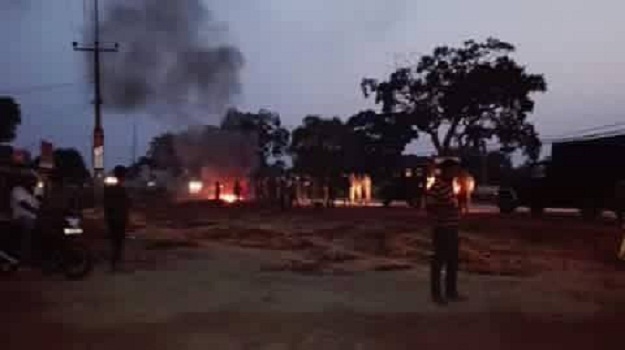 A tense situation was reported in Kilinochchi this evening following a heated exchange between the public and the police.

The situation arose after tight security was deployed near a garment factory which was operating during a hartal in the North.

Large crowds blocked the streets and set fire to tyres along the road and at times threw stones towards the police.

The situation arose when a hartal was in place in the North in protest over the killing of two youth in Jaffna last week.

“How did motor cyclist in front and not pillion rider get shot if Police were firing at fleeing undergrads”? Asks opposition leader Sampanthan in Pariament
Law and Order Minister Sagala Rathnayake walks out of press meet when asked whether “AAVAA” gang in Jaffna is linked to Military Intelligence
Comment