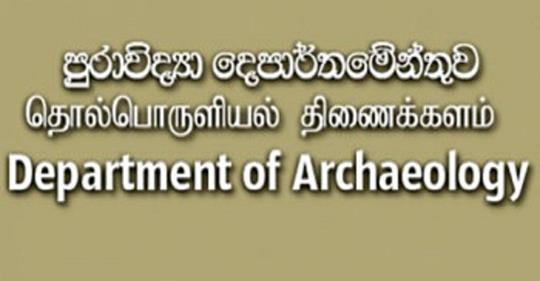 Meanwhile, the activities of the Department of Wildlife have also exceeded the tolerable limit. Actions would be taken to take these issues by having considered the matters stated by T.Raviharan into the attention of both the President and Prime Minister.

They should take prompt action in this regard. We can no longer tolerate these issues. Members of the Northern Provincial Council will be forced to stage continuous protests by sieging the Archaeological Department if this situation continues. I have never stated the cautious statement ever before in this Provincial Council. However, we are in a state of speaking like this.

The former Sri Lankan President says he is ready to put past ‘misunderstandings’ with India behind him, and could lead his party in the 2019 elections
China and Sri Lanka unite in Maritime Silk Road archaeological research
Comment