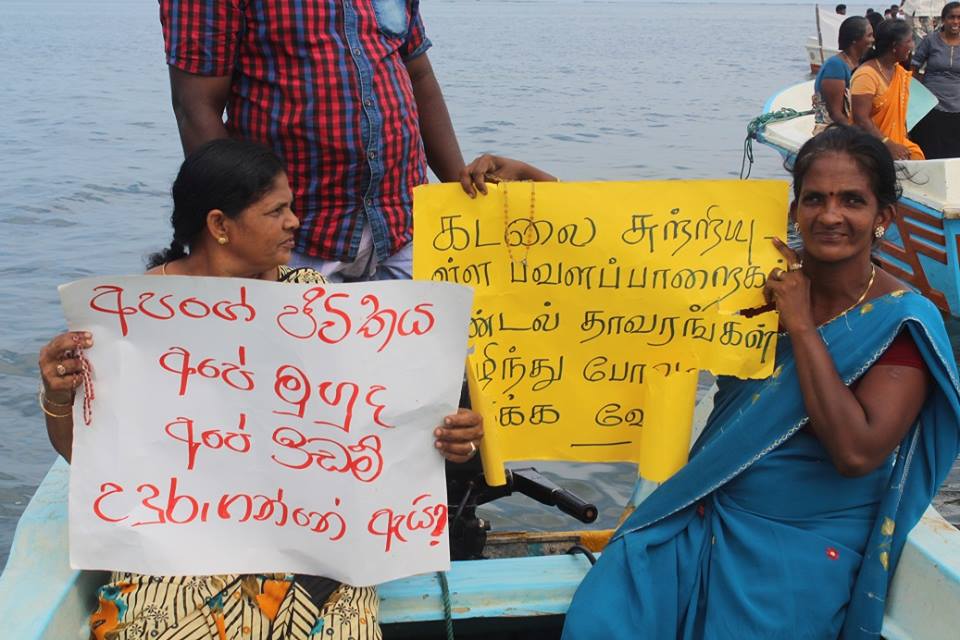 The people of Iranaitivu have gone to their native village by boat and have staged protest demanding their resettlement at their native land on last Monday (23).

The people of Iranaitivu who have been uprooted from their native land in 1992 temporarily settled at “Iranaimatha” village located at Mulankavil.

About 183 families had been uprooted 27 years ago and more than 400 families have been staying at “Iranaimatha” village in a pathetic plight.

The people of this village, who have been staging protest demanding their resettlement for a year, have gone to Iranaitivu by boat to stage their protest on Monday (23).

Expressing the solidarity with the righteous protest of the people, J.Judeson Pehirado, the leader of the Organization for Uplifting the Socio Economics of the Mannar District participated in this protest. First of all, the people who have gone to Iranaitivu by boat at around 10:30 AM have started worshiping at the church located there.

Subsequent to that, the people attempted to stage protest demanding their resettlement at their native land. However, the navy personnel who was having negotiations with the people told the people to contact the corresponding officials to take appropriate actions in this regard.

However, the people have not accepted what the navy personnel told them and started staging protest at the vicinity of a temple. The people stated that they would not leave from their native land and they would carry out their fishing activities there.

Staying at their native land, about 400 families have been staging their protest. 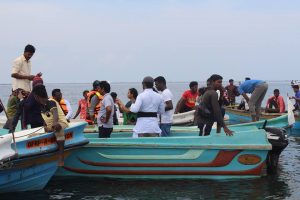 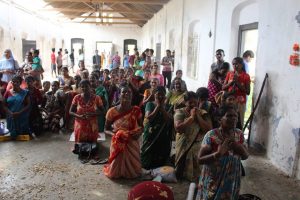 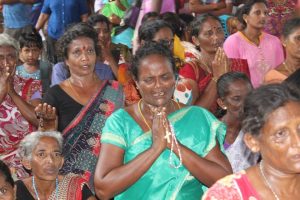 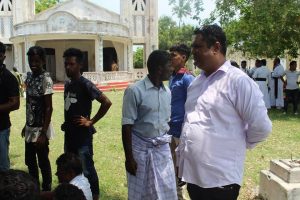 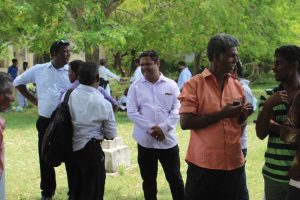 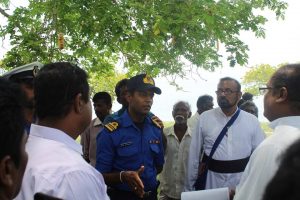