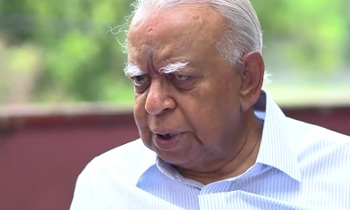 Tamil National Alliance (TNA) leader R Sampanthan told Parliament today that the TNA does not want the LTTE to return.

He said the TNA also does not want violence and instead wants a political solution for the Tamils within a united Sri Lanka.

“That is something we publicly state. So why don’t we try to make harmony with people,” he said.

Sampanthan also called for a meeting with the Minister of Justice to discuss the political prisoner issue saying it must be urgently addressed.

He said that the political prisoners have been arrested under the Prevention of Terrorism Act (PTA), a law which the Government promised to repeal.

Sampanthan questioned the justification to continue keeping those arrested under the PTA behind bars when the Government has admitted that the PTA must be repealed.